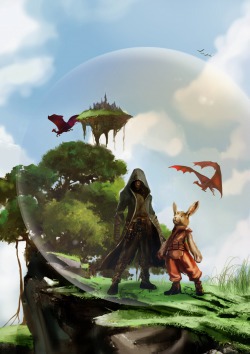 // Patreon is 20+ Chapters ahead! // New Readers: Chapter 20+ will mark story improvement! //
--- Normal release schedule is 2+ chapters each week! ---
Avan, a 25-year-old young man, is torn from his rather boring life. He awakens in Aorus, a world full of magic, monsters and dungeons.

By a stroke of luck and an ominous skill called "Potential", he awakens a new class never seen before called Dungeonheart (Human). Dungeons, although sentient, are never sapient nor mobile.

Join Avan as he pursues his passion for healing and martial arts, and building his very own dungeon at the same time. He’s the hybrid of a moving dungeon and a healer.

"Healing Dungeon" will include City building, strategy, very little romance, exploration of the world of Aorus, and a touch of power levelling. (There are elements from other fantasy novels, as well as anime, games, and more).
What will all be possible with a dungeon that can move, but still brings some of the familiar dungeon mechanics along for its journey?

-- Please note that the beginning and thus the first chapters were really my first writing works in english, and can only be rewritten at a later time (lack of time in favor for new chapters) --
(The writing style and also the story improves VERY much from the 12th chapter at the latest! Proofreading is available, but I depend on any well-intentioned advice from you guys).

If you have any questions, suggestions, constructive criticism, or just because you feel like it, feel free to leave me a comment below the respective chapters!
For every positive and serious review or rating, I am infinitely grateful! ;)

I am a creature of few words and the beginning is therefore a little faster than I would have liked it now in retrospect. Please do not expect huge paraphrases and descriptions of the environments, but only what is really necessary to get into the scene.

Cheers and hopefully see you in the comment section.

The world building and history of the world is cohesive and interesting. The MC's use of magic is compelling and creative at times, when it isn't stated explicitly that he forgot how to use his own abilities, and the pacing of the introduction is well done.

Once characters are introduced and start interacting with each other is where it goes downhill fast, their backgrounds and motivations forgotten they turn into rather uninteresting and shallow side-characters spouting one-liners and painfully acting out anime visual gags in written form. No one in the story, including the MC, seem to have their own set of values and motivations for their actions and instead come off as if they're actors reading off a script from a high-school play where things just happen to them and they act out their parts needed to get the story from A to B ignoring whether or not such actions would be in-character or even reasonable for a person in general. The author would make a terrific dungeon master, but the character dialogue is painful, MC's monologues to comfort/convince others are rambling, cliche, and ring hollow

One of the author's notes at the end of chapter 21 very much encapsulates the above and will inform you what to expect going in:

"Because some were pointing at Avan´s lack of being human and shrugging off all these mangled corpses, I decided to finally give him a little backlash."

Yes, azarinth healer is good, but his gem is brilliant, EzZeus is 4 parallel universe ahead of Rheader, I read more novels than already exist, (I transcend spacetime to read some that wasn't written yet) so you can belife me. 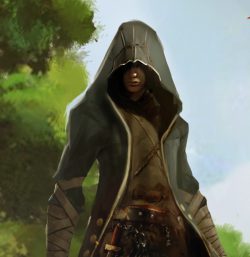 Reincarnated as a mana core
By Otjag
Carl had lost his way in life and slowly drifted into a dark abyss of feelings. At least until he got a second chance through a series of unnecessary large and important events. Now as Argul and somehow even with a daughter he starts a new l