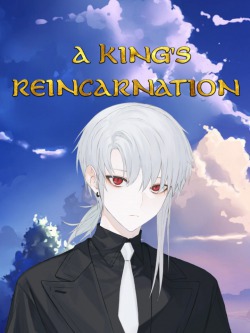 All of these are the titles of Lucas, the king standing at the Earth's apex.

Wealth? He holds 68% of Earth's total assets granting him the title of "Business Devil".

Authority? He was granted a level of Authority that no one can defy giving him the title of "World's mightiest".

Military? The first ever 9 Star General to exist, having an absurd count of military soldiers at his disposal. Granting him the title of "God of War".

Martial arts prowess? Being the strongest human to ever exist, with a body tougher than the toughest minerals, a power stronger than the strongest bombs, and speed a hundred times faster than the speed of sound, and mastery over almost every martial arts there is, earning the title "King of Humanity".

However, behind these terrifying titles lies a young and incomplete king. Someone who feels a deep emptiness despite standing at the top.

One night, he was summoned by the Gods to be sent to another world.

Hoping that he can do what he wasn't able to back on Earth, he went to another world armed with inhumane abilites. But, it looks like it won't be as simple as he thought...

He soon finds out about his own mysteries, and decides to solve every last bit of it. Another World Trip: Journey With My Cat and An Otaku Loli Goddess
By Discere
Have you ever suffered from cultivation tropes including but not limited to: Arrogant young master living waaaay longer than they should? Genius MC turned trash turned genius again? Peanut galley and everyone else lacking comm
Action Required