Li ZeXi looked at the sky above...

Li ZeXi heard it from the system.

[Well...I am sorry to tell you but...I think you weren't actually transmigrated to Real Earth but in an apocalypse novel.]

Li ZeXi: "Really? Then that means I can't rule this world?"

[...Mr. Grim Emperor, I think you are forgetting that you said you want to live in seclusion.]

[As if you are human anymore.]

'So this is the protagonist Shou? So cute~ So lovely~ Like a soft bun~ I want to adopt him!!'

The lovely shou blinked his eyes pitifully at Li ZeXi.

Though the face remained cold and expressionless, Li ZeXi already wanted to kidnap this sweet bun.

[Mr. Grim Emperor...It Seems...That another world line got confused in this one....]

"...A reborn person? Sweet. Then Declare them Villains, Oh is everything fine in My White World?"

The Villain Shou (Declared by Li ZeXi) was injured and his face showed the determination and willpower of a high ranker.

"The hell? My family is busy making new year's dumplings!! Can't you see?"

[It...seems a transmigrated came and a third timeline and the story plot is getting mixed...here.]

The transmigrated cutie who was about to meet his Gong was abducted by Li ZeXi and his pets(Real).

"No, why are you even like this, You Should be the King!"

...??Li ZeXi looked at the Cutie who seems to have...DPD (Delusional personality disorder.)

"Silence. Don't Fucking tell me another timeline mixed in or whatnot!"

[A...No that...It seems you have to protect this world. As you deprived the three Gongs...to meet their lovers...So um...You know..]

[Please let them be together.]

"Children grow up so early, Now it's time to marry them away... Sniff."

[...You aren't marrying your daughters and...They are not even your children!]

ML: Darling, why don't you kidnap me too?? 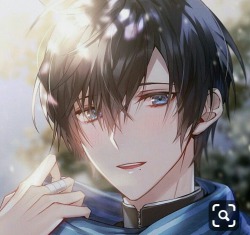 THE PSYCHOLOGIST AND THE DRAGON LORD
By teehee
[Do you want to reach heaven?] “what’s so good about heaven?” [System transfer complete may the host let system 013 guide you to the step of heaven]

It’s a Wonderful Life
By FantasyDeath
Ira is a transmigration System that guides his Hosts through various worlds and missions. His job is simple; make sure that they obey the rules, keep complete records of everything they do, and stay close to them in Tutorial Mode. Aside from this,

[BL] Oh. My. Fate?!
By yansusustories
They had been about to get married in what should have been the union of the century. But Jing He, the crown prince of the Nine Heavens, is forced to descend to the mortal world for a trial. His lover, dragon king Qiu Ling, quietly follows to prot

The Clueless Prince [Drafted]
By MissPaige36
A Dance with Kings and Queens is an otome game filled with magic and romance. You play as a commoner girl who discovers she has rare magical abilities. It was quite the popular game and I remember playing it constantly. However, after I ha

[BL] Second Male Lead to One, Male Lead to Another
By yansusustories
*updates Mon, Wed, Fri* Security guard Li Ming is still trying to heal from the disaster that was his love confession for his coworker Su Yan. But that time of heartbreak is quickly interrupted when his boss’ son Mo Fang barges into his lif
Action Required