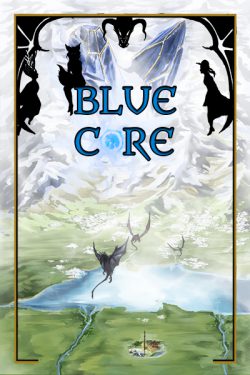 Really good story development with a mature overall theme. There are some points that may be questionable in our world but the crafting of their world and the standard understandings of that morality are different. This is a well written story and I am excited for more days as the journey continues. I am really pulling for Iniri and Ansae as companions. 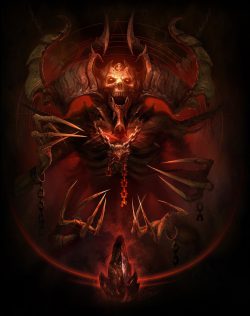 Normally I don't write reviews or even comment on  much unless something screams to me that it needs attention and normally  only about things I care about. I read big long books mostly high fantasy and sci fi stuff like Robert Jorden, Braden Sanderson, Jack Campbell, J. R. R. Tolkien. George R. R. Martin... I think you get the idea.

Anyway since most web stories are wrote by amateurs or people doing it as a hobby. I don't hold them to the same standard  because almost everything would be found wanting and I could slam almost every story if I  was expected a story from a master story teller and  expected relative perfection.

however this story right here... this  author has my respect  even if I hold him to the same requirements as the above authors, He has made it.  If he continues to write at the same level that he's currently writing well I think a "masterpiece" fits just fine. currently I have no issue comparing the current story to Lord of the Rings, Wheel of Time, Game of Thrones ect ect. I'm not going to go over pro's and cons with this story because I don't have any cons to talk about. To me 5 stars means as close to perfection as possible so if I rate something at 4 stars it's a damn good book but this story gets 5.  world building, characters and character relationships plus the plot and story pacing is just about bloody perfection.

If I didn't know any better I would expect this to be a multi book story and I would also would not be shocked if I saw in on a best seller list or being sold in a bookshop. to any readers out there. If you want to read a book on this site, hell any of the web novel hosting sites  do your self a favor and give this a go. I can be hella picky so if I like something it ussally means almost anybody would love it 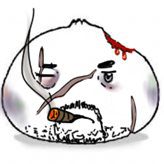 I picked this up because I was looking for a relatively well written, mature harem story. That's rarer than you'd think.... And I got what I wanted, sure, because that's what this is. But more than that, I was surprised by how much I've enjoyed reading this novel. Blue's growth as a "dungeon", his tinkering and the author's knowledge of crafting are fascinating. The story is well told and compelling. I expected smut, and got a novel worth reading without it.

Amazing story, great characters, great mechanics, great world building.  There's actually not much smut in it, and what is there is good and all, but the quality of the story is so much more than the odd scene of a dungeon pleasuring a companion.  15/10, excitedly read every chapter as soon as it comes out.

Just created an account to leave a review for this story. I used to reading it without one.

Well, it turns out that this story is so extraordinary that it makes lazy people like me create an account and even write a review.

There's nothing much I could say, I just wanted to say thank you for writing this story. I enjoy every chapter and can't wait for more.

I highly recommend this story! 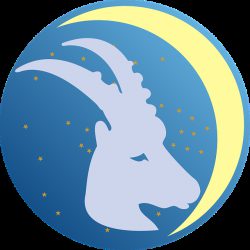 Definitely on the top ten fantasy webnovels I've ever read, including those of Asian origin. It takes itself seriously, especially in terms of worldbuilding and character development, though not so much that it starts being corny and overly stiff.

On the other hand, the amount of exposition versus plot might be a tad bit too unbalanced in favor of the former. The writing is still top tier, but it kinda feels like the author is aiming to reach 5k words each week rather than writing whatever he feels inspired to.

The smut aspect is 10/10 as well, the fact that it's just a minor addition to the novel works in its favor to make the more risqué chapters all unique and hot.

In short, probably too good for this site.

I haven't read any of the chapters posted on this site. Instead, I bought the first book of Blue Core on Amazon. Not gonna lie, I didn't have high hopes for it because in my mind it was probably trash-tier fiction. Don't get me wrong, I LOVE trash-tier fiction, but I'd had a string of bad luck recently in finding something decently readable. And I was so, so wrong about Blue Core. It isn't just one of my favorite indie books. It might actually be one of my FAVORITE books. Considering that my Kindle app alone has nearly 500, not including the aforementioned bad luck trash that I banished entirely, that's high praise from me. I love the characters, I love the world-building, I love the plot twists, the tinkering, and just the general dungeon elements. Dungeon fiction is kind of my jam and this one tickles everything I enjoy in the genre: traps, tricks, mazes, treasures, monsters, s*x that isn't just for the sake of s*x (though that is appreciated as well), and in general rules about the abilities of dungeons that, at least for the moment, are inviolable. I doubt I will be jumping back weekly to check the site for updates, because the anticipation of updates on stories I love is torture, so I'm going to hold out for volume 3, and however many more come next. 1800 pages in 2 books. I was ecstatic when I saw that.

This book is a must read for anyone that likes fantasy.

When I have nothing to read I keep coming back to read a few chapters again and it never gets bored. This is a gift that keeps on giving.

Everyone should read it but if you like dungeon core stories then you must double read it. Fun, exciting, drama and real (as real as a dungeon core in a fantasy land can be of course) this book has it all.

All characters are fleshed out nicely and the worldbuilding is excellent.

Dont look at the smut tag. Its not constant, its always natural and most of all it has a strong reason to be as such.

Just found this book on Amazon and bought both volumes and now I'm following it on scribble hub, one of the best series I have read out of a few thousand, the theme is something I have never seen before and the character development to me at least seems well developed, though as long as the character development isn't bad I won't notice anything so it may not be that amazing? Anyways I like everything about the series and the only things I could really complain about is that the author is a lot smarter than me and I've had to look up countless words and it's sometimes difficult to remember everything going on due to the sheer scale of plot and things that blue is doing.

It's interesting  but from the last 10 chpaters I've read it becames boring, plain. It procedes too slow with the plot  with too much useless informations. Well if you are ok with a LOT of chapters with useless informations that you can easy skip because unrelated with the main plot I guess it's really good. I don't like to skip chapters so for me it's a no

Lost in Feronia
By DemonRose
It was supposed to be seven days in a completely immersive game, and a chance for old four friends to catch-up and renew their bonds. But when the system’s AI develops a fatal bug, a new AI is born, and this one has some very different idea

DREADWOLF
By Stratothrax
Monster power fantasy. Eat and become Stronger, Bigger, Dominant. Rain is a survivor who got the short end of the stick in life. Reborn as a terrifying and dangerous monster everything changes and he has the chance to truly grow. Wha
Action Required