The Void was never meant to be opened to the Multiverse. The horrors waiting inside it should have never seen the light. And yet, the biggest mistake in the history of creation led to the impossible.

In an event later known as the Outbreak, gates appeared in the first Universe, and with them, the Void was free.

For ages the Void destroyed universe after universe, spreading its power in every direction, leaving only death and pain behind.

But before every Universe met its end, it still had a chance. A small part of the population that survived the initial Outbreak and was granted a mysterious System to help them fight against the dangers that came from the Void. They were the Multiverse's last hope even if they couldn't stop the collapse of their own world.

And so the cycle continued until the 36th Outbreak came.

Leo Hale, a young reporter from Wolford, was one of the lucky ones to survive when the majority of Earth's population turned into monsters straight out of nightmares. Thrust into a constant battle for his life, Leo was determined to push forward and find his remaining family. Even if it meant sacrificing what was left of his humanity.

After all, you either adapt or die.

Story of progression and evolution with my take at the post-apocalyptic genre. Unlike most monster evolution stories where the monster rushes to gain human form, here I plan to do something quite the opposite. After all, in a world where almost everything wants to kill you, being human can be hard.

Warnings are here to give me the freedom to write whatever is necessary. This is my first original novel. Also English isn't my native language so any feedback is welcome. Remember that even if initially this story takes place on Earth, fictional places, streets, etc will appear.

Average chapter length: 2000-2500 words (There might be exceptions as is the case with some of the first chapters - most of them are longer.) 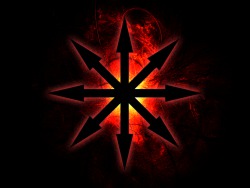 Kaiju Time
By sir
This is a story about someone who’s life gets turned upside down. Please read the first posted chapter to add suggestions for a type of monster for the protagonist to become. (By the way, Kaiju roughly refers to a giant monster, think

Life Isn’t So Simple Anymore.
By FukinDeadBeat
What do you have when you have a socially awkward young girl given a system that has stumbled upon a secret of the world that wasn’t meant to be discovered by someone like her? A recipe for disaster, that’s what. Just how will Zoey Win
Action Required