My name is Adam and I'm 15 years old. My main qualities are? My main weaknesses are being small, not very handsome, bad student, always broke, super unpopular and pathetic, so why is this girl coming to me, yes why me? 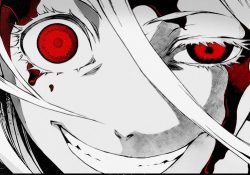 The story is good, the MC grows little by little, his attitudes to the present moment remain a little thoughtless, he himself admits such, but it is much better than the beginning,

I will make a short list of the noteworthy points
:

-There is no useless excess text

yes, you have not read it wrong, the world is detailed enough so that it does not become a blank scenario nor the explanation of an abstract painting, it is clear and simple to understand (in side note, there is another novel that involves magic in the which I tried to read called Time Mage in which in 33 chapters and still goes on describing the scenario, without the protagonist using magic until that chapter)

the relationship between the two slowly improves, and MC's personality also

changes slowly too, although it's hard to tell if it's for something positive or negative

- Jessica is a charismatic charactershe knows what she wants and where she goes, has the personality set on the table and doubt that anything can change her

-Adam (MC) unfortunately manages to be as volatile as a pinless  grenade, his attitudes can be stupid at times (like the moment with Roy in the studio, and after he comes home and the first plot twist happens) and in a few others admirable (when he defends his mother and speaks in defense of the nurse against Jessica)

There were 2 until the chapter I read (49) and both are problematic, the first was for MC's stupidity, then for Jessica's action and pride, and again for MC's action upon arriving home, the result of the plot twist is good, and the details that led him to change are said slowly later, but it was still a bit rushed.

and the second was... as I say?... totally unnecessary, happens in chapter 46, is so far is without reason and abrupt.

In summary, it is good to read, pleasantly, the first plot twist was a very good increment for the story, but the second one was forced, the reason for giving 4/5 in the evaluation is only by the second plot twist, and the attitudes of the MC at times when he's stupid at the child level (he's only 17, I know, but he's in an industry where he needs to mature early), even making Jessica have to take care of some sh*t he does.

The Villainess’s Dark Side
By Adeline
When she finally understood, she was already too late. The protagonists had already fallen in love with each other and planned for a marriage. Maybe she was still lucky though, for she narrowly avoided a situation of certain death. A long, painful

Druid King
By Bean
He was trapped for an endless epoch in a hell outside of his control. This blue hell, a never ending, never changing landscape. Blue walls, and blue ceiling, that is all he knew. His life stretched out before him, so he examined it. Again, and
Action Required