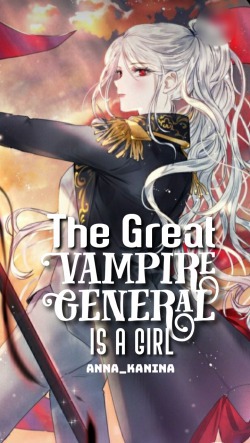 Juliet Dubois, joins the soldiers to fight on the front lines— She replaced her weak brother who was the heir of her family. She disguised herself as a men for five years and never seriously became a knight.

Her troops was defeated, due to an incompetent general and treason. She was slandered and became the cause of their defeat. She became a prisoner of war and was tortured. She died in a state of revenge and regret.

She prayed that she would be given a chance to live again as a woman. She opened her eyes and she was returned to the four years ago. But this time she promised not to make a mistake. She will fight to become a General and win the war.

After that, she will go home and enjoyed back her life as a Lady.

But can she easily obtained her happy ending?

This story' contain Gore, sadistic scene, brutality and uncensored action scene. The MC is Vampire, of course she drink blood. I like writing explicit scene. I already warn you ¯\_( ͡° ͜ʖ ͡°)_/¯

The plot maybe a little bit slow at first.

A little bit humour. Well, i am not confident enough to able make you laugh. I just want to tell you, this is serious but not too serious story'.

Lucid
By PollyChrome
Sixteen year old Jordan Parker lives in a group foster home, hiding her true self from the world. What people see when they look at her is a six-and-a-half foot tall dumb jock, and she’s learned not to try and change that impression. But in her dr

The Glory of Bowsette
By Thedude3445
Bowser, on his last legs and in a desperate act, decides to abandon everything he’s ever cared about. But upon obtaining the Super Crown, he finds a new purpose in life, unlocking a potential nobody ever saw coming… This story
Action Required