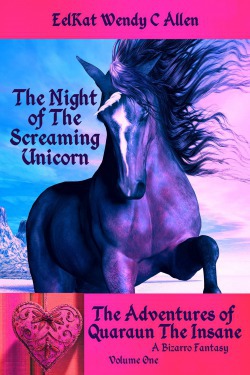 The Pink Necromancer, Quaraun, is caught in a storm and forced to seek shelter in The Screaming Unicorn Inn, where he is reunited with his dead, now resurrected as a Lich, lover BoomFuzzy the Unicorn.