Watching as his best friend Akvon accepted the position of the country's new King, Lumar was feeling better than he had felt in 9 years. After the ceremony, he would finally achieve his life long dream of becoming the kingdom's Head Knight.

Accepting the crown meant that peace could finally be achieved in the kingdom, and Akvon felt relief that there was going to be no more fighting.

As Aeluna watched her brother accept the title of King, she couldn't help but burst into tears as she remembered the people they had lost.

These three wanted nothing more than to rebuild the kingdom so that no more suffering was to be had. However, with the Demon Kingdom threatening to tear that peace apart, they will discover that one person's peace is just another's suffering.

This is my first story so I'd appreciate it if you guys could be as brutally honest as possible. If you think my story is 10 day old hot dog water that's been left out in the sun in a heat wave, tell me so I can get better. If you think my story is God tier, tell me what you like about it so I can find ways to make it even better. Tell me if you prefer tacos over burritos so I can fight you. You know the usual.

This series has "Psychological" for a reason, you'll need your wits about during the read! 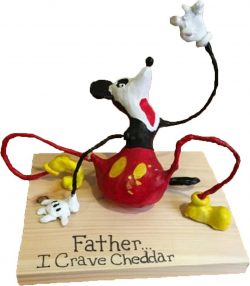 Kismet’s Tale
By karsev
「 After seven years away from home, Mavin Tomas, after a long fight in the trenches and battlefields had finally left his service. Sending a soldier home back to his beloved to confirm something. Mavin was relieved to find out that the memories
Action Required