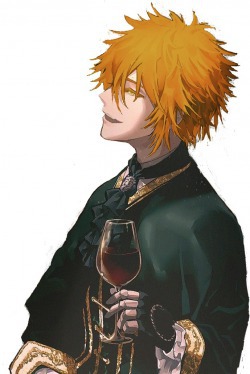 Life is filled with the unexpected.

Today is another normal day in life, as I passed the time with my friends to bully the cursed superd child feared in the village to show our might to her.

A water ball suddenly hit us.

The kid from the knight's office was unleashing his spell to attack us, the bully.

Never would I expect that simple water ball to create a trigger for memories to fill my brain.

I was 5 at that time, and the memories were jumbled. I don't know whether it’s mine or another's. I just know that this is not a memory of a single person.

And, from that memory, I know that I’m actually a mob...

I’m one of Sylphiette’s bullies.

You won’t know me since I am not named in any of the works, whether they were manga, novels, or even anime. Heck, I only say one word and I'm dead in the next part.

an actual mob, where I don’t even appear in either the opening or the ending of the anime.

The thing happened so suddenly.

I don’t know whether I am reincarnated, transmigrated, or just receiving some memories from someone in the real world.

The deadline is 5 years from now, the day the Metastasis incident happened. Can I be another prodigy in the Mushoku Tensei world, or will I still be another slightly better mob?

*I’m not a native, so please do tell me if you find any grammar mistakes or better word choices.

*!!! There'd be a lot of web novel parts and less Claude's POV, but it'll get focused over time, so be patient and skim if you don't like some parts. I made it So other reader Can Understand where they are in the Story. It's also my timeline note!

*Thank you very much for reading and your feedback.

*R-18 tags for gore and profanity.

This is an unexpectedly good novel that I can recommend to anyone that enjoyed Mushoku Tensei. The characters are good, the story is in my opinion very good and the grammar, while it does have some issues, is good enough.

This is awful. Author wasn't kidding when he said he wasn't a native speaker, its barely better than an MTL.

Lots of P.O.V. Changes don't help since the story is already hard to understand. Do yourself a favor, and don't read this story. I already want to tear my eyes out.

Oh, and after the teleport incident, he's magically brought to the same area as Rudeus. Bad grammar, no creativity equals a waste of time. Save yours for something else

I won't dispute that there is some awful grammar in the story, but I won't claim it's so bad that you won't want to read it. I'd say it's not too horrible. There's no need to overstate how much you despise the narrative.

- It's the narrative of Claude, one of the three bullies from the beginning of Mushoku tensei. He's a Miko, and he got the memory after Rudeus threw the waterball at him when he first met Sylphy. He was given the capacity to read his own memory from another universe where he was dead. He can't think that much as a 5-year-old child. As a result, the MC will learn about memories and knowledge on the go.

-It is yet unknown what his talents are and how they work. The author didn't mention anything about how he evolved and trained in his early days, not even in the first chapter while he was locked in the dungeon.

-Rudeus's POV he develops to deliver infodump is very repetitious, but I find it entertaining as a webnovel reader myself. It's kind of nostalgic.

-The author's narration of the story is somewhat repetitive, but not excessively so. This strikes me as a foreshadowing of something that will happen in a later chapter.

-The grammar is poor yet not unreadable. It's not really that horrible that you'd take your eyeballs out... overly dramatic.

-This is not a story for individuals who want the Author to lay their cards on the table. Consider the hint the author hid in the story. It is too difficult for children to grasp.

TLDR: It's still amusing to me, and the concept is brilliant. However, the author's delivery of the story is still not as awesome. 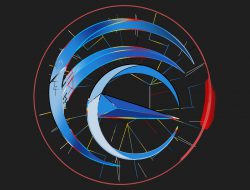 Dxd: Ink and Summoning
By Layenlml
After dying in a hospital, our Mc wants to enjoy his new life to the fullest. What can you do with the Longinous Annihilation maker, a great imagination, and a system that lets you summon characters you knew in you past life?. I do not own

Harry Potter: A Thread of Fate
By mark_kiple
A seemingly ordinary man is suddenly thrusted to a body of a 14-year old boy in the middle of the welcoming feast of the Triwizard tournament, with no instructions or support at all. how will he deal the situation? you know, typical HP fanfic stuf

Demoness of Catastrophe [Discontinued]
By Mellohwa
Alice, woke up from her nap just to find herself in her favorite novel—’Lord of the Mysteries’ as an Angel from the Demoness Pathway. *** Join our Angel to explore the world of mysteries! Edit: please don’t, y