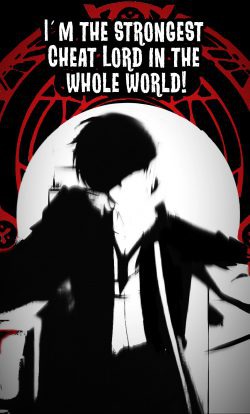 Kurono Ichiru is a student who died tragically in a traffic accident.
A god appeared before him and fulfilled his wish to be reincarnated into his favorite game, the only problem is...
"Huhh! That idiot god reincarnated me into a magic stone!"
To make his life more sufferable, the tutorial villain finds him, and now the two of them must work together to stop their enemies from destroying the kingdom.
A story of misunderstanding with the protagonist and the villain has just begun!

If you're used to anime and Isekai tropes and looking for a laugh, I highly recommend giving this a read.

Our initial MC is Isekaid and gets some awesome godly cheats, but due to circumstances he is stuck in a magic stone. He instead uses his game world knowledge to transform what was once a crap otome villain into his catspaw in the world.

Rei was supposed to be a fat peice of sh*t villain in the game but due to the MC's interference he grows up to be the ultimate cheat lord.

His rampages and dialogue are hilarious and seeing him do whatever the F he wants is pretty awesome. 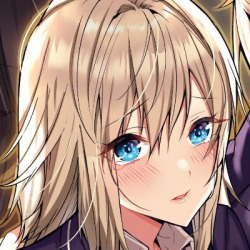 Rampaging Biology
By Basangwa1
It is the year 2199, the end of the 22nd century. Due to a biopocalypse unleashed by a certain genetic engineer, all life on the planet evolved at incredible speeds, but humans couldn’t keep up so they built walled cities. The story follows

Re-Re:Hammer
By LillyanaKabal
It’s a rewrite of Rehammer, which means the start is mostly the same with some small changes. Chapter 15 is the first fully new chapter of the book. though Chapter 14 has a large addition. You effectively can skip to that and not missing any

Reiss of the Eternal
By Sadsnake
Expectations suck and young Edwin knows it better than most. Born the youngest son of the second wife of a retired adventurer turned village guardian, he feels his life is being taken away from him, being shaped by what others want him to do.

Seducing the Ladies of my Family
By EvilGod_R18
Jia Chin’s soul traveled to the World of Sword and Magic and occupied the body of a dying young man. He unknowingly entered a world filled of monsters, demons and adventurers. The danger to his life was everywhere. He awakened the 

The Tale of Some Random Shinobi (Naruto)
By NNFB
A mostly, slow slice of life Naruto fan fic, but may become something else. No Gore No Harem No Ecchi No Romance I do not own the Naruto franchise. All characters and concepts in the story belong to Masashi Kishimot
Action Required