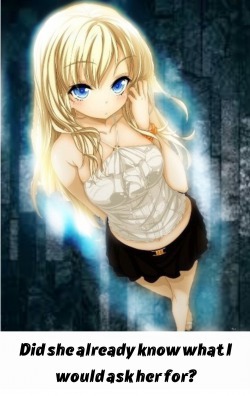 'If I have to modify my status then I would start with my two wishes: Strength and women.'
'99 points to strength and with it I would fulfill my first wish, and not only that, but by using my strength I will be able to obtain a lot of money and, with it, women.'
'[Reset Status Points]'
'Mentally pressing the reset button changed all my status points to just one attribute…'
'Intelligence!'
'"I'll tell you why you should keep that slave for me until I buy her…"'
'Feeling smarter than ever I used every possible argument to convince the slave dealer not to sell that slave until I had the money to buy her. After all…'
'That slave is not only beautiful, she also has [Masochist] in her state!'
'I must buy her!'

If you want to support, you can at: https://www.patreon.com/finlegost

There you can find chapters in advance.

Status: smart clone
Jan 22, 2022
It's a rough gem with a lot of potential there.
-
Bad syntax, annoying formatting, poor use of onomatopoeias like a silver age Batman comic do malign the somewhat comedic, light-hearted power fantasy it's supposed to be. A rare premise of native gaining a system in an R18 novel? Lots of potential there.
-
I had actually messaged the writer giving them a lot of reference material and linked free software tools they could use, despite saying they would use them and seeming receptive I noticed while reading that they didn't use it at all. Otherwise small errors like capitalization or incorrect pronoun usage would have been caught by Grammarly for instance.
-
The protagonist is a perverted teenager with little intelligence, but it can be assumed that a weak to strong aspect of power creep will ameliorate that. The prose is serviceable like a Japanese light novel translation but reads like a rough draft. You can tell that the quality does improve over the chapters, however.
-
The descriptions and world-building are mostly shallow and vague. Left mostly to the reader's imagination. The pacing is very fast with lots of events happening in one day. The writer has no engagement in the comments. They do have a Patreon already, but I can't speak to the quality of it. So far anyway, at the time of my writing this review, the writer says his Patreon has eleven chapters ahead. The release cadence on SH is pretty good though. I would still recommend letting chapters build up to five at a time as they are quite short lengthwise.
-
With all this said I think this is certainly a series to keep in your reading list. 4 stars for now since it's new and that may change as we see how well the writer can plan out arcs and such.

It's not a romance.

It has an interesting start. An adolescent boy is leaving home to experience life. He makes some money in the dungeon and buys a slave. So far so good. Quite a few enjoyable novels start that way.

Sadly the protagonist shows little to no affection for his partners. He lies, deceives and manipulates them. It all just feels like a casual relationship to satisfy his desires and perversions. The narration of the smut scenes is good, but the atmosphere lowers the entertainment value quite often.

So far the protagonist has shown no noteworthy character development, only his stats grew, but he didn't mature at all.

Onomatopoeias are used excessively and broke my immersion quite frequently.

If you don't care about affection in a relationship, reading it might be time well spend, for the comedy is entertaining.

If you are looking for romance, look elsewhere. 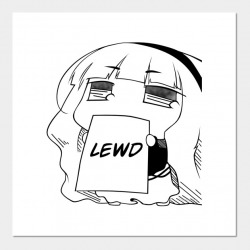 This novel is really enjoyable - and it was a pleasant surprise to read, despite the somewhat suspicious title.

It's a standard, but also pretty generic, litRPG novel told in a 1st POV. Everything in it so far, has been explored before by other novels. But don't get me wrong, it does everything that a standard Isekai litRPG should do, really really well, and it focuses on those point. Good humor, easy to understand system, slice-of-life plot that's easy to follow, romance, and good pacing. It doesn't introduce anything new and groundbreaking or tries to reinvent the wheel - it just does what makes the core of an litRPG novel really well. Which, imo, is praiseworthy.

In short, this novel is a solid litRPG, with a bit of comedy, some smut. Nothing new and groundbreaking - but does it have to be when it does the basics so well? Imo, no. It's a great read nonetheless.

honestly the idea of ​​skills is great, the novel is well written, the parts of smut are great but the protagonist is sh*t and his parents too, he is deceiving and lying unnecessarily to people who like him, first of all could tell the slaves everything without any problems since they can't tell secrets, he says he loves the girls knowing he doesn't, has s*x with more than one girl behind the other's back, deceives one as if she had a risk of getting pregnant giving her hope, then every time she sleeps he applies the contraceptive, the relatives are another piece of sh*t, people who don't know how to respect opinions and everything has to be the way they want, anyway, the idea of ​​the novel is good but it was executed with the wrong protagonist. 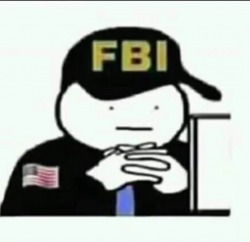 This is a pretty good story. The concepts and systems are very interesting and is quite logical for a fantasy story. The only flaws with the story would be the amount of grammatical errors present. Obviously things like this will improve over time. Surprisingly there's a lot of character development and things don't just magically fall in place for the main character. If it does it's explained by the rules of the world and different power systems being used. The main character himself is a great and well made character. What do I mean by well made? He is what the author intended for him to be. A perverted teenager with just above average intelligence that usually listens to his desires rather than his brain. Some people who have read this story felt disgusted by the actions of the main character but his actions all make sense when you think about his goals and his personality. This is not a romance story simply a story where a boy wants to become powerful and be surrounded by beautiful women. In fantasy stories similar to this usually the main character has morals, pretty good ones and won't take advantage of people he is currently in a relationship with. This one does have morals but are very different from the others. Which is what makes him so interesting. [/Spoiler]An example of this is when he starts a relationship with another woman despite already being in a relationship with his slave. (A consensual one. WHICH TOOK EFFORT!). To start this new relationship with this woman, he had to use the power systems of the world and lie for her to accept him.[/spoiler] He is not a good person he is rotten beyond belief with some serious problems but just because the character is a bad person doesn't mean they are a bad character. If you don't mind following a main character led mostly by his desires and like the fantasy as well as adventure genre then this is perfect for you. 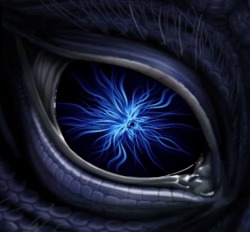 Mana Deliverance
By hen_pai_san
“You’re the most beautiful woman in this entire City,” he said. “All I need is your love, loyalty, faith, and your everything.” “If you give me that, I’ll shower you with all the treasures, l
Action Required