Dear, my little sweet princess of the west, how have you been spring child?

As usual Here in the east we are celebrating the winter festival, it's rowdy, cheerful, and loud... very, very loud, from the smiling children with their candies in their hands and mouth, to the adults dancing gleefully with their partners. I wish you were still here to be my door answerer, hahaha.... well, duty still comes first for us Magus! So I hope you have a nice and fun winter festival there in Castle Krone with your family.

But... you know me when I write letters, so if this letter has finally fallen to your hands child, that means I have died from the hands of the Rider Cultist. I know for sure you will weep for me, mourn for me, but don’t take too long child, because the time has come to summon the last heroes, act now! quickly and swiftly, because the clock has ticked again with my death. For his return is now inevitable and our enemies too are making their moves. Summon them child, summon them for this world's fate is rested upon those heroes.

Sincerely, your great of a Magus of the East uncle,

Lord Protector is fantasy series following a teenage trio named Martyn Wulf, Arthur Svard, Eleanna Florens and their teacher Marie Maynard, who were summoned to a world called Lumenter by the Kingdom of Albion.

They are tasked to protect Lumenter from an old chaotic force, that previously has tried and failed to destroy Lumenter, but this trio and their teacher took a different approach on their task, rather than becoming a heroes party and venturing out to this new world, they, or more specifically, Martyn Wulf, the brain of the trio, made a deal with the King of Albion.

The deal was that Martyn, his friends, and his teacher would be protected by the Kingdom and then making Martyn as the co-ruler of Albion, where in exchange he will improve and advance Albion politically, economically, diplomatically, and maybe even technologically.

The King and his advisors accepted Martyn's offers but by doing this, he just plunge himself as well as his friends and teacher to a world of corruption, lies, betrayal, and greed. 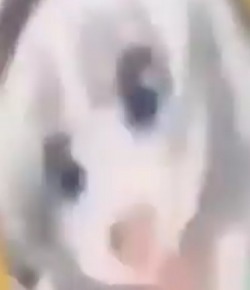 When first going in I thought it was going to be somewhat similar like Realist Hero, civ building story, some politics here and there, an isekai like noneother, which the first part does show. But reaching up to the latest chapter I realized what the author meant by isekai like noneother is not because of the unique premise, but actually of how he writes the characters!

I too like how the author through chapter 6 and 10 used an episodic style to build his world and characters, rather than just dumping a lot of exposition.

But of course, the author still has their shortcomings.

Sometimes it feels a bit rush and grammar seems off once and a while, which I think the author is not an english native.

There's problems too like how the author writes the POV, it switches without giving notice and can ruin the pacing.

All in all it's a great read and is really an Isekai that is not like any other Isekai, it's just that the author needs to fix a lot before fully realizing this somewhat dirty gem he created.

Dragon Lord of Time
By Praanan
Kento was a boy whose life was ruined because of his parents. However, during a strange incident, he died and was reborn as a Dragon. Follow him on his journey to the top where he masters magic and Demons, Angels, Gods, Humans alike wonR
Action Required