Do you know how it feels like when you are just alone, standing, waiting for someone who would never come…

Tim was a boy who had nothing to worry about. A happy family, a nice childhood. What's more to ask? But one day, everything changed.
He lost everything in the blink of an eye. The only thing left for him were the memories and dreams of the past.

Piecing the fragments together he built himself up again. Made a name for himself. Achieved unfathomable success.

But… End was lurking in the corner… Always calling him.

Soon history repeated itself. He lost everything once again. But this time, it was no accident. He was betrayed, killed by his closest who was the key to all his misery.

Tim fought but everything was in vain. And on his dying breath, he promised himself to take revenge on the one who made his life worse than hell.

A futile promise he thought, but the universe had some other plans.

English is not my first language. I hope you will be kind enough to forgive my mistakes.

Starting was a little slow but now I am completely addicted to it. All the characters are very interesting and the story becomes more and more exciting as it progresses.

Can't wait. I don't know what that long tirade was for before the prologue but if you are going for a more realistic isekai this is the one. 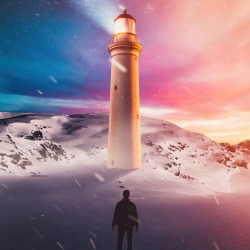 RE: Inception [A Kingdom Building Progressive Fantasy]
By Neiryl
“Sometimes you will never know the value of a moment until it becomes a memory.” What a brilliant line, isn’t it? Tim was a boy who had nothing to worry about. A happy family, a nice childhood. What’s more to ask? Bu