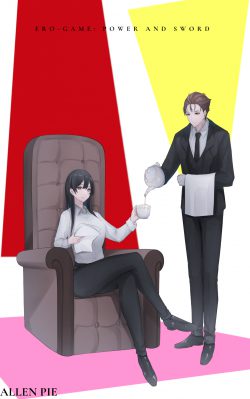 A 22nd Century man who used to play an Ero-game for women, called Power and Sword, is reincarnated into a world similar to the game. Born as a woman in a strange matriarchy, she must level up to defend against the coming war with the Demon Queendom.
And to level up, you need to...

Warning:
This story is for an 18+ audience.
All s*x described in the story are between characters who're 18+.
contains 18+ Yaoi, Yuri, etc.

Pretty bad novel. It is a lot more boring and annoying the even most of the bad novels.

Also, if you are here for smut - it will not work too. There is smut, but so far it is the most bland smut I ever encountered. If you were to compare it to real life - it is as enjoyable, as a routine s*x with uninteresting, uninterested person, that texts on the phone, while you are f**king. Also you both are not aroused, and there is no any lubricant. And position is uncomfortable too. It just annoys you, and that's it.

Characters are all unstable (their personality does whatever it wants, changing seemingly randomly).

Butler is the most annoying type of character: incompetent, always asks questions, disobeys orders, becomes influenced at every notice, and pretty much always stands against his mistress, plus he actually is an idiot (which MC agrees with, on pretty regular basis).

And MC, despite wanting to become leader of party, and power up in remaining 4 years - does pretty much nothing, even regularly and frequently doing things, that would make it harder to achieve her "goals". She is indecisive, sometimes pretty stupid, forgetting, easily forgiving, and a very very poor attempt at tsundere. She always think "I should electrocute him/her/whatever" but never does.

Logic of the world usually just isn't there.

Also, MC lived 10 years in that world, then remembered her past life (which makes her treat current life as main one), but she bases all of her actions on her previous life (and, just so you know, current world is sufficiently different). Which is stupid beyond imagination. I mean - stupid for author to write it that way, because it wouldn't work like that. There is no ANY reason, for it to work.

And MC is no leader at all. When it comes to any decision or party interaction - she is a brainless pushover (she literally loses any ability to think)

She adds adventurers to her party who are actually users and they contribute nothing except negative emotion. None of the followers other than her direct employees give her sufficient respect even though she can earn a castle in a week and is the only noble they know. They struggle to earn silver but spend her gold. She gives them each a bracelet worth a giant mansion and they don't even say thank you.

Why not simply hire an S rank group for 100 plat when the demon queen comes? She'd save at least 2000 platinum. When she needs an escort through a dungeon she can similarly hire a team and have them sign a magical contract to enforce good behavior and guarantee the loot. There's no good reason to deal with those awful parasites. 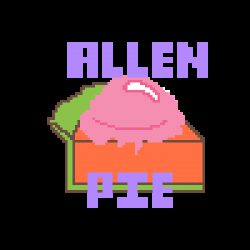 My Lewd Reincarnation
By TheCoolCarrotMan
If you met an untimely demise and were given a second chance at life how would you spend your next life? Although that question may have only been hypothetical for most people, Evelyn Hart, an extremely perverted and sexually frustrated wo
Action Required