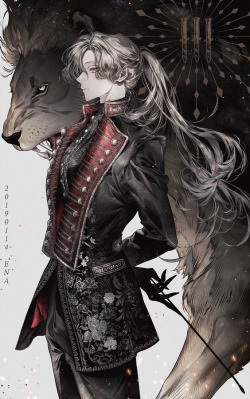 Zhao WuTian thought it be a long time before he died, and if he died early at least his death would have made sense. At the prime age of 30 years old, Zhao WuTian died. Not only did his life end early, it ended stupidly. Lightening didn't strike, truck-kun didn't hit either. No death from a sudden disease or life long one. Nor was he assassinated or had committed suicide. So just how in the hell did he die?

Trying to save his cat from off his next door neighbors air conditioner. He slipped over and tumbled out his window, bludging straight towards his death. As Zhao WuTian fell down he regrettably thought to himself, 'What a senseless way to die.''

And that folks! Is how Zhao WuTian died!

But lucky for Zhao WuTian he gets a second chance at life, as he transmigrates into a novel that he only read the first chapter of. Quickly inhabiting a young youth's body by the name of Bonny Daniels. Who so happens to be a cannon fodder who dies in the beginning of the second chapter.

Just turning over into a new world Zhao WuTian unluckily fines himself in a sticky situation as a prisoner on a pirate ship. Where his life dangles by a thread.

But something was surely wrong here? To die and get reborn, only to die again just after?!

Realizing his predicament, Zhao WuTian vowed to survive this unfortunate event. Only to soon experience many other life threatening situations that would make him rethink his decision on wanting to live.

Death the second time wouldn't be so bad after all.

Author-nim: This story is only on Webnovel and Scribble hub no where else. But if you find it on any other website or app email me here 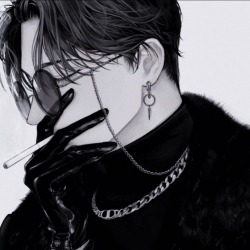 Falling In Love In a Haunted House
By RS_Vaesen
Jules hadn’t expected the haunted house to be truly haunted. He also hadn’t expected the demon to take an interest in him, refusing to leave him be. “…Wasn’t I only supposed to babysit my sister and her friends? How the hell did things go so

Denial
By kitkat2010
COMPLETE!! (This story contains love between two men. Yaoi, BL, M/M.) In the modern world, where vampires roam secretly under the radar of human eyes, we meet a half-vampire struggling with a condition called Denial. It is said that

My Real Life Dating-System?! [BL]
By Owl
I’m normal, very much so, with a normal family and normal friends- Okay, maybe I’m gay, but that’s still normal, even if people don’t accept it fully yet and- Ah? What? A gaming system? You mean, like, a d

Fading Scent of the Red Lilies 渐逝花香
By RadishTyrant
After witnessing the death of his best friend and his sudden betrayal to orthrodox cultivation, Fan Yuelong realizes the hypocritical connection between the so called righteous sects and the tension between the sect leaders. Forced with an arrange
Action Required