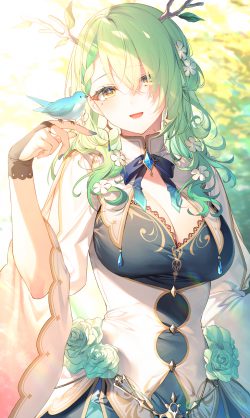 It has been several years since her husband passed away due to terminal cancer, and Elayne had yet to fully recover from such a tragic incident, especially her daughter, who over the years had stopped talking to her and had generated an invisible wall between the two. Despite her attempts at reconnecting with her daughter Elena, Elayne finds herself failing constantly.

…Until a fateful day, when her friend Rita visits her and, out of nowhere, gifts her a VR Full Dive Headset of the latest generation and a video game that has been the hit these last years, Brand New Life Online, or BNLO for short, one of the first and most popular VRMMO games in the market.

Finding out that there could be a way for her to reconnect with her daughter through the game, she decided to give it a try, however, Elayne doesn’t really like to fight. So she decided to progress in a laid-back manner by choosing the Farmer Class and the Dryad Race for her Player Avatar!

Watch as Elayne delves into a world of swords and magic to seek new experiences and find her daughter’s Avatar, all while discovering new NPC friends, summoning, and taming adorable pets, and becoming the savior of the Forest of Beginnings.

But despite her attempts at progressing in a slow manner, the game seems to be constantly throwing challenges at her way! Will our protagonist be able to progress through these challenges all while taking care of her farm, protecting the forest, and also seeking her daughter?

So I'm 23 chapters in and decidedly unimpressed with the writing. I do like the concept of the story and will probably continue reading but it's slow and boring so hopefully it picks up. As to why I rated it low, the biggest two reasons are 1: there are 3 adjectives to every noun, it sounds like an exaggeration but it's not. The reading is three times longer than it needs to be because every verb and noun has at least one descriptive word. It makes for a very slow and boring read. The second reason is the author's obstinance towards readers, I have checked comments on just about every chapter. In most there is usually a reader providing polite criticism only to be attacked and invited to not read the novel. In one chapter she told someone not to skip boring, useless, world building chapters because it was disrespectful and to just stop reading. There are other flaws but for the most part they are commonplace among amateur writers and not worth criticism.

To follow this up, before someone says, "well this individual is just a hater" I must inform you I most definitely am not.  I have have read 10s of thousands of chapters of repetitive web novels, ranging from Japanese, Chinese, Korean, and now more western. I read a lot of isekai and it's always the same thing but I love it anyways, the repetitive tropes and all. I have never once left a negative comment. Where as this story has just completely disappointed me to the point of creating an account to warn prospective readers this one really ain't it.

I don't mean any disrespect, at least no more than the author aims towards critics. But I really truly don't recommend this one. Which is sad because I love the concept. I just find myself scrolling through fluff on every chapter looking for plot points and its almost not worth it.

It has been brought to my attention people might  think I'm bothered by slow plot progression. I read all the tags and like all the tags. I'm criticizing the writing, the writing is long and boring with lots of irrelevant sections with little to no payout for the reader. It feels like the author is trying to hit a word count with as many descriptive words that they use.

(if my mention of author gets this removed I will rewrite without and find a way to review author seperately) readers make a book worth something, to disrespect them constantly is to take them for granted.

Edit: This is too funny but the author actually decided to prove my point and DM'd me to insult me and tell me I was wrong about things I didn't even say.  Guess I'm just a no-life crybaby. Happens, anyways, carry on. 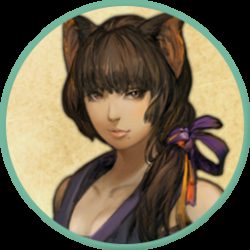 This story is pretty cute! It sounds like this is almost the end of the first arc, and I am really looking forward to how the relationship threads begin building for this poor, sweet cinnamon roll of a lovable mother. 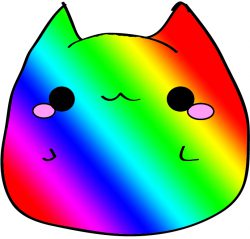 Having made it to the furthest available chapter atm I can say that the story is pretty good.

The Grammar is great, the storyline although not that unique is fun, the characters seem to have at least a little bit of deph to them, and if you like skills and the like this story is for you.

As for the comments made in other reveiws. I haven't seen any war in any comment section nor any reason to dislike anything that stands behind this story. This is just a reminder for everyone to enjoy life and relax.

So this novel takes an interesting concept of the classic oblivious mother who wants to get along with their child but doesn't understand that their actions are driving them away, and puts it together with a vrmmo.

As I dropped early I don't know how well this gets executed in later chapters, but I do know that the early chapters are cringeworthy and I loved it.

My reasons for dropping this great work is essentially because I'm needlessly picky whenever it comes to vrmmos especially with the world building.

In the spoiler below I go more indepth on the reasons

So there's the backseat gaming coming from the ai helper... bizzare on how the ai is backseating but it apparently happens. But yeah this is a minor annoyance to me, I just hate people trying to force people to do things by yelling at them. (For the unaware this means someone not playing the game, is activelly trying to tell someone what to do. Let me put it like this if you see an adult play a game, and a kid comes up and tries to tell the adult to do things and trying to take away control from the adult without physically doing so, that's backseat gaming.)

There's the various worldbuilding of the how the vr game works which I just simply dislike. The limiting of characters and classes to a massively multiplayer online game is the main reason I hate it. Like for what reason is there a limit? I ain't like there's not other vrmmos out there is there?

There's the existence of agi and dex in the same system.... this is just a pet peeve of mine, I just dislike systems that have both because they are essentially the same thing in my eyes

There's the mechanics/skills of the game which beg to be exploited and forced to work in ways that probably weren't intended. I see this a as plus, I actually love these types of games, but the reason I say that they beg to be exploited, is because they do alot, and if player imagination is the only limit, then what's to stop someone from just making a single ranged attack that has the potential to hit an entire platoon of people at once. Case and point, MC detaches and shoots their fingers as the enemy.

There's the limited magic to races system which essentially kills alot of potential originality for the players with them being forced to use specific races which the player may dislike for one reason or another if they want to go a certain build. It just seems like a poor way to force players to use other races than human.

There's the odd choices for what the MC is resistant to, but whatever I seen worse elsewhere in actual games (I'll still be annoyed about being weak to poison, just mildly so)

There's early portion of the novel where the MC gets into fights with mobs, but whatever it's the tutorial and first mission crap of a oddly linear game, that's in most rpg titles unless you just walk away from the starter area. Minor annoyance when the MC doesn't realize they have the option to just not fight. But would the MC even realize that's an option?

Now then, the work is of good quality, I did enjoy the novel for pretty much everything else, and me dropping the novel is purely because of me having a hissy fit about details that don't matter to the story.

I may eventually pick it back up, redo this review, and even give this novel a fair chance, but I can safely say, ignore 1 star review, like seriously the author's chill and takes feedback seriously so please don't mention anything the author does when reviewing (I say this after rashly doing it without thinking) 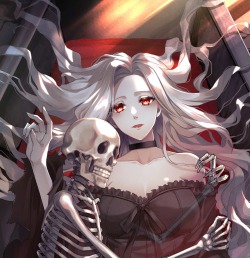 World Keeper
By karami92
Dale Mitchell, your average guy in a below-average job. But, what happens to him is anything but average. After hitting someone in his truck, his world was turned upside down, inside out, and more than fifty shades of grey. Now, he seems t
Action Required