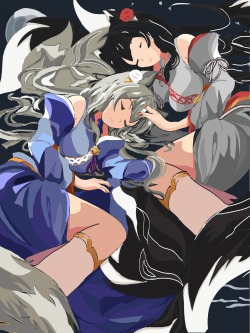 The protagonist Jason Strider was summoned to another world with his class while on a trip to Japan. After two months while exploring a dungeon for training he was pushed into a trap and killed instantly. Waking up, he meets the Goddess of the Moon: Tamamo. Given two options he chooses to reincarnate. Just before he reincarnates he is given the Divine Protection of the Moon Goddess and told that he is now her partner for eternity. Once he wakes up again in his new body he learns that he is no longer human but a kitsune named Luna.

NOTICE: I decided on a whim to try my hand at writing a story. I make no promises on the quality so I hope that anyone reading this will forgive me for that. Any tips or suggestions are welcome and I will try to accommodate them if I think they will fit with how I want the overall story to go. As I am currently in college, I can't make a solid schedule to release chapters. Again, I am a complete novice when it comes to writing stories but if you like what I write then I will try to meet your expectations.

A story in the same universe is being written called: Insane Descension by Crisis.

I made a discord server to talk about the story : https://discord.gg/f8ad9R4sGd

Hey you there, yes you Author!

Ah good I got your attention...

I just wanna let you know that your doing an amazing job and im really loving the story so far. <3

Well I didn't really think I had a limit on fluff but after a certain point it's just annoying and boring. The dialogue between everybody Just seems fake and overwhelmingly cringy sometimes. It feels like I'm reading a script for a movie, if that makes sense.

Good language, good grammar. Started strong, but the quality has dropped very much over the last hundred chapters. The story devolved from a LitRPG with content into a mess of unconnected pseudo-romantic scenes. Instead of fighting and tension, it is now a bland chain of the protagonists teleporting between the same locations and then touching each other's ears and tails. The growth of the main character has shifted from actions to gifts in the "authors notes" section, without the Characters doing any kind of work. On that topic: The actual content seems to shift from the main chapter to the notes, which often make out a third of the chapter and present the author directly interacting with the characters for plot convenience. 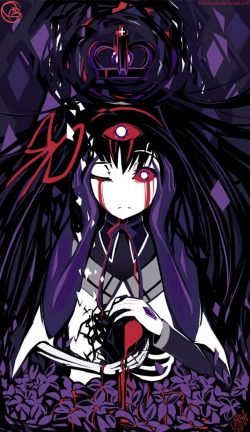 It's pretty good but I've decided to drop it because

of how the character reacts to certain things (tail touching.) Which would be fine if it were just "bad guys" but the way she reacts even when her friend does it on instinct


Made me feel like that's a little over the top and harsh. If you disagree and think it's fine than please continue it's been great otherwise just that part that's bothered me.

10/10 Many tails. Much fluff. Very cute. Some misspelled words but nothing too bad.

A fun sweet idea, told in an original way. It got boring fast. The plot is silly, and the dialogue is very awkward.

The characters all revolve around the Main Character, who's boringly overpowered and only cares about her partner. Promotes fluff, but no fluff, MC attacks anyone who pokes her. So it's about her incomprehensible romance with a god, we don't understand the god, or why the main character suddenly loves this god who forces marriage. There isn't a cute romantic build-up, they just want to brush each other's hair, and blush saying it. I'm not feeling it. 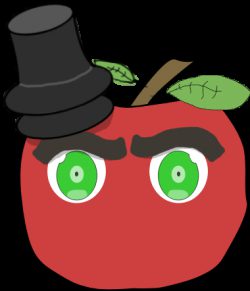 The is story is very simple. It's built on the building blocks of fluffy moments, over powered cast, and doing whatever and going wherever they feel like doing/going.

It's fine. It's eating chips on the couch cause you want to relax kind of story. Near zero brain power needed, which is good for it's own reasons. I like the story and find it enjoyable but it's stuck at a three for me. 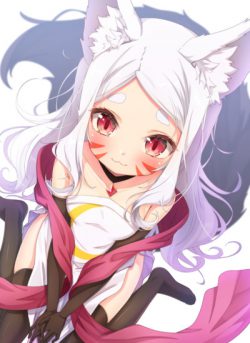 I give blessing to tis story Noja, it very much satisfies my need for fluff Noja. Though I want more now...

Anyway, its quite well written for a new author, the only thing I noticed at times that its a bit too much of [Tell], as in, it says what happens however it doesnt show it. [Show, dont tell.] Or so my teachers always used to say Noja. It is getting better as you progress and it wasnt that bad in the first place. However it is a very nice read anyway, very fluffy. So if you want a relaxing read, do read it Noja!

Ah yes, the Noja is just Noja. Its just what I say Noja, now then bye and enjoy the read! Or dont.. whichever you prefer, though I do recommend it Noja! 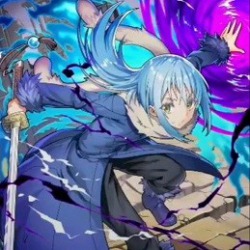 beware the fluff for once you touch there is no going back.

The story started off decent but as of where im currently at it fell off. The character interactions and reactions has been bland and robotic and feels very fake like reading off a script. There is no emotion in them and they all feel like dolls, not real people.

On chapter 64 there is a scene of the king being disappointed with the prince and wants to let the princess take over the kingdom instead. She pretty much just agree's with no hesitation and we were given no details on how the character feels or at least should feel.

[collapse]
You don't just go over an important event for this characters life and gloss over the details like that. You author only know how to write the conclusion of a story with no beginning and middle, no context.

Also its a bit annoying how our MC has to tell and explain to everyone every aspect of her life and they in turn question her on everything. Do you tell your friends or family everything that happens? Will she also tell everyone if she stepped on a rock as well? They dont need to know every little thing that happens and most things are just unimportant nonsense. This is another reason why the characters and story feels fake and bland. This may be just my own personal opinion but I find it annoying how involved everyone is in her life and her need to explain every little thing that happens to someone. I feel she and they in turn need to step back and let her live a little. Its truly very annoying.

I don't have much to say about grammar since I can read it fine. If there is something wrong with grammar I'm to much of an idiot to notice.

As for the story itself there has been almost no development at all. The story is turning into just a bunch of short stories about our MC and the goddess flirting with each other. She might occasionally sprout a new tail but otherwise nothing else really happens. You can describe this whole story currently where I stopped as of writing this review in a few paragraphs or 1-2 chapters. At this point I feel likebthe author is just writing nonsense to fill the word count and have more chapters.

Ignoring every other con of this novel the main thing the author needs to fix is really the bland, fake, and doll like characters. Like I said above, they are merely reading off a script with no feels and emotion. Your only stating the event as is with no attention to detail at all. Beginning, Middle, End author. You need a major rewrite of the series and maybe an editor as well.

This can become a really fluffly story if you let it but despite trying you failed spectacularly at it and I have not once felt any fluffy or sweet things from this story. How can I? When a robot wrote it. I'm going to continue reading and I don't know if it gets better but I hope you the best author.

I’m The Princess of The Ice Queen?
By jonnyboy0719
What kind of people will Tauro meet in the virtual world? Will he ever be able to change? Why is his sister so overprotective? And what is with everyone calling him ‘Hime-sama’? But one may ask the question, Is this world truly virtual

Blood Lily
By Emberend
I was devoid of life and happiness, of family and friendship. I never lost them, I just never had them. I didn’t see a point to it all, that is, until I wished upon a falling star on an ever so ominous night. I don’t know if it was coi

The Harem Protagonist Was Turned Into A Girl!! And Doesn’t Want To Change Back!!!??
By Beedok
Aliens. Robots. Vampires. Five girls deciding they want to marry him. Kevin’s life is a mess. Now he’s been turned into a girl. It’s just one thing after another… Actually, that last one is proving surprisingly nice.

Club Luna
By PurpleCatGirl
Book club, chess club, maybe a photography or science club? Those are the sorts of groups most high-schools have. Our school’s different. We’ve got a supernatural club. The members are all witches, and they investigate hauntings, werew

Streamer Accidentally Transes Their Gender
By BethOfTheWild
Gotta do it for the sub goals, right?
Action Required