That was the day when she died, when my sister, Kana, died.

Reiko Kestui's parents died when he was 16, leaving her only family member Kana. Kana, however, was very ill, she didn't have much time left, but Reiko believed, working hard to pay off bills, working hard to keep her alive.

But all failed after 4 years.

Now to present time, Reiko, now a young man, yes a man, is dead. Dying of overworking, an almighty goddess took pity of him, granting him one wish in his next time. A glint of hope in his eye, he shouted his wish, he wished to be reunited with his little sister!

Now follow Reiko's journey, as she ventures an another world in search for hi- her little sister! 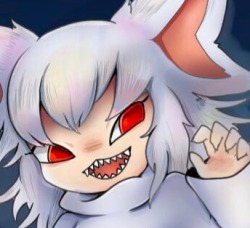 The Wayward Fairy
By Mackenzie
A young Fairy with the reincarnated soul of a girl from Earth decides to runaway from her idyllic life in the forest home of the Fairies and become an adventurer. As war rages between the Dragon Lords and the mortal races, how will this decision u

Duel Monsters System Isekai: A Yu-Gi-Oh! Story
By GreenerThanGreen
What happens when a completely ordinary college student (because f**k all the immature high school-er stories) finds a magical Duel Monsters ( because we all know that is the name of the game and Yu-Gi-Oh! is the anime’s name) Spell card and
Action Required