In a world of superheroes and villains, Gavin McArthur feels like more of a shell than a person even after he transfers to a school for kids who are likely to soon posses an Alter form, a form that grants the user super powers and a different appearance. But what do you to do when your Alter form represents an uncomfortable truth about yourself that you're not prepared to face?

Absolutely wonderful and thrilling story. Full of intense emotions and good twists. Some of the plot points hit you hard even though they're so obvious looking back

With the penultimate chapter of Ricochet having just been released, I felt it was just about time to share my thoughts and write a short review of my experience with the tale. Spoiler Warning for those who have not read up to the most-recent chapters.

What a journey this has been! Having grown up with tales from Marvel, DC, Vertigo, Dark Horse, and even the recent My Hero Academia, I’ve always felt a strong attachment to the superhero-genre. While these universes expose us to fantastical abilities and epic struggles between good and evil - we are often reminded of the people under the masks. Though Marvel’s Spider-Man may be clashing with world-conquering beings in one moment, the reader knows that, without the suit, Peter Parker is also just a teen boy doing his best to protect his family and make his late-Uncle proud. Alternatively, when we watch DC’s Mr. Freeze commit a robbery, the reader understands that he does so out of necessity, so desperate he is to revive and cure his frozen, terminally-ill wife. Humanising plays a critical role within the superhero-genre, and it’s in this area that Ricochet shines brightest.

Written from a first-person perspective, the reader is given an intimate look into the mind of our protagonist, Gabrielle. Every doubt, every fear, every moment of pride, cockiness and bliss is described to us in a level of detail that absorbs the reader completely, engrossing us within the universe and narrative to a level that is not commonly-reached. At narrative high-points, we are smiling, cheering along as Gabrielle saves lives, or pulls off daring stunts. At its low-points, however, we are left to share in her pain as Gabrielle’s world comes crashing down around her.

While being a superhero tale at heart, Gabrielle’s ‘everyday persona’ as a student at a superhero High School allows the story to shift fluently between genres, from teen-drama, to action-thriller. However, the maturity in the writing of Ricochet is what elevates the story above others within the genre, such as Disney’s Sky High.

Under the surface, this story is one of loss, of grief and trauma, of family conflicts and downright horror at times. At some point in the narrative, most main or supporting characters have suffered a loss to a degree. While many cope with the loss of a loved-one, others deal with the loss of their powers at the hands of Ricochet’s primary antagonist. Rarely has a work of fiction brought me to tears, and even fewer have affected me in the way that this story has. At the conclusion of several chapters, I’ve found myself emotionally-drained for several days from the latest developments in Gabrielle’s rollercoaster of a life.

Diversity plays a critical role in the narrative, an aspect oh-so-welcome and often lacking within this genre. Several main characters fall into various places on the gender spectrum, with trans and non-binary representation rife throughout the cast. Ricochet does not shy away from displaying and subjecting it’s characters to injustices such as transphobia, an issue apparently still wide-spread in that world. While, as a transwoman myself, moments such as these were difficult to read through, the acknowledgement that these issues exist was greatly appreciated.

As we reach these final chapters, the identity of Ricochet’s villain has finally been revealed, to great shock and dread. The revelation alone that Nurse Prim, one of Gabrielle’s closest confidants, was the mastermind behind her suffering warrants repeated readings to search for the breadcrumbs spread across previous chapters.

While I had planned to write this review months ago, this has largely been written off-the-cuff and without any preparation. As the story concludes, I will revisit this to update it with my thoughts on the story as a complete-piece, and with a more-structured and better-written review.

I must commend the author on an absolutely stellar piece of writing. From the engrossing, fleshed-out universe and backstory, to the endearing cast of characters, to the heart-wrenching emotional moments sprinkled throughout, Ricochet has fast become one of my favourite pieces of fiction in a long time. It genuinely hurts to know that the story will end soon, though my excitement to read the next, and final, chapter is immeasurable. I can only hope for more works from this universe to come in the future, or the opportunity to converse with the author to truly dive deep into the lore and the universe as a whole.

Thank you for giving us Ricochet! 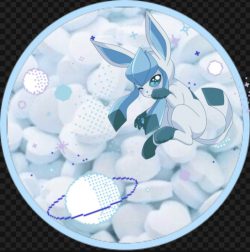 Hello! I've been keeping up with this story since "line of sight" was the most recent chapter, and I just really wanted to commend you for this story. I absolutely love it to pieces! This is my favorite thing to read in years, and I love how all the things you seem to have taken inspiration from meld together. Probably my favorite [relatively] minor element is the descriptions of super speed and what being a speedster is like from their perspective. It feels like a consistent description of what it feels and looks like to move that fast and it's thrilling, and a big added strength of this being a novel rather than a visual medium. I'm ecstatic whenever a new chapter releases and I'm always super anxious for the next one. It's great how it always feels like everything is planned out and not just made up on the spot, so there's little to no inconsistencies. Keep up the good work, and I can't wait to find out what shenanigans gabs and co. Get up to as part 2 plays out. I'll definitely recommend this to some of my friends.

Writing a review for Ricochet is like trying to explain chocolate to someone from outer space; how truly exceptional, stellar, and captivating this story is cannot be put into words. This story is the perfect blend of superhero action, an emotional roller coaster, and a coming out experience, which will leave you so far on the edge of your seat that there's a pretty good chance you'll fall off. The imagery in this story makes the action scenes feel like you're there experiencing it with Gabby, like you felt her disarm that bomb, and you smiled as she saved lives from Hexecute's wrath. Reading Ricochet will make you smile and laugh during the high points as Gabby comes out, and burst into tears during the low points when she suffers a great loss. This story has an authentic transgender experience, which as a transgender woman myself, I greatly appreciated. There are a few minor plot-holes that need editing, such as a couple of characters' last names changing midway through the story, but that doesn't take away from the phenomenal story. The author brilliantly spins everything together for an astonishingly amazing and staggeringly superb story that I strongly recommend reading.

As I am writing this review, the story is said to be close to its end and every indicator is pointing towards a big show-down which I am looking forward for.

My feelings so far? Oh yes. So many feelings! On the surface, the story is definitely the love-child of My Hero Academia and The Flash (not a fanfic though!) We can follow the protagonist how they got thrown into a world of superpowered people and eventually emerging with a set of her own, leading her onto a path of fending off perils and finding friends and love.

But this is also about quite an authentic transgender experience, in which we see the effects of denial and dysphoria as well as the joy and struggles that come with admitting the truth to oneself and to those around.

The author doesn't hold back much when she lets an avalanche of desparation roll down onto the reader. If you are  susceptible to falling into dysphoric episodes triggered by things you read or see, be careful. Mind the content warnings in the chapters and wait with reading them until you think you have the strength. But read the story! It's good.

Premise and grammar are great, but there are some parts that are not to my liking, although it's more of a personal preference than an error on the Author's part. You should try giving this novel a look and see if it's to your liking.

I've had a lot of feelings about this over the time I have read it. It feels like a slow-burn? I think the plot progresses on the slow side compared to YA novels. Honestly though I could stand to reread again without having to wait for a chapter at a time XP.

the protagonist is a delight to journey with. I highly recommend this experience to anyone who wants to have their feelings run through a gentle gauntlet of pain and reward. It stays fairly low pressure anxiety for the large part and the setting lends it to something I experience as a fresh take on the superhero genre. Somewhat like "the incredibles" in its handling of a society with a power imbalance.

I think anyone who has felt like their life is a lie dissolving like tissue paper in a thunderstorm will understand this coming of age story. 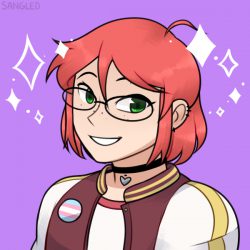 Newly Not Cis
By DetectiveRed
James was woken up by the feeling of his insides being shredded. His chest hurt, stung and ached. His hips felt like they were being twisted and sculpted from within. When morning comes around, he wakes up in a body that doesn’t feel l

Working Out Issues
By blake1
An overweight and insecure guy gets some help from his gym bro roommate. Somehow getting in shape leads to him becoming more and more feminine… but is that such a bad thing? (I posted this story on a couple other sites already but al

The Flip Side
By WntrDrgn
How do you get to be 16 and not ever have a girlfriend? Easily, when you don’t understand a single thing about girls. In desperation, I went to church and prayed to understand girls. A Goddess mistook my prayer though, or simply

Cuddle & Monster
By Taxouck
After a malevolent spell intended to turn her into an animal goes awry, Cherry finds herself stuck as a plush toy. She now has to cooperate with the warlock that tried to transform her in the first place as her latent magic goes out of control and

Deviled Egg
By Katie-the-Angel-Witch
Or “My Downstairs Neighbor Performed a Ton of Demon Heritage Awakening Rituals under my bed, And I woke up as a succubus, but I’m starting to like it?” Peter Donnellan is a regular college student in the far off year of 2
Action Required