Our Protagonist was playing his favorite VR game "Tales of Fantasy Online" as his favorite character "Eliah" who is a Vampire Progenitor. Upon dying to "Leo" the GM of the famous guild "Lions Heart". He finds himself in the body of Eliah in a world that seems slightly different, but similar to the game. In this new world what will become of her?

I am willing to accept any fair criticism of my writing. Any criticism that will help me improve as an author is welcome! Please don't be toxic. 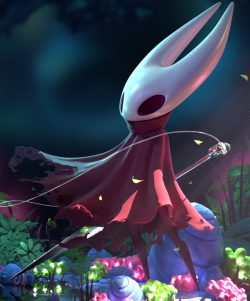 Well, I'll be honest here, this is pure bullsh*t and possibly the worst story I've ever had the displeasure to read on this site. I am fully aware that the author is a novice and possibly this is just a hobby, but my problem with this story has nothing to do with the quality of the grammar or the writing style, but rather the very idea behind the story and what it represents, so I'm not going to go easy on this thing.

As far as I've read, only 4 relevant characters have been introduced. One is a generic high-level adventurer who thinks he has a lot of rights and ends up dead after trying to seduce the MC. Another is literally a psychopath who doesn't understand the value of life, intentionally kills her mother by pushing her down the stairs and then wonders why everyone hates her when, according to her, "she hasn't done anything wrong" (this it's especially disgusting since, despite all that, she's a girl probably no older than 12, and people in the comments were shipping her with the MC just for being as mentally unbalanced as him). Then we also have the MC's main servant, which is not so bad since at least she does her job well by verifying that the MC is really who she thinks he is, if we discount the fact that she deceives him for that and has a personality which is based on wanting to f**k the MC really hard, of course. And finally, the protagonist, which is why I'm doing this review instead of just going quietly.

It's established that he's a piece of sh*t basically from the start, acting like a textbook Edgelord and being (fairly) eliminated from the game for making life miserable for, at the very least, all Progenitors like him, who basically have one life and if they die their character is removed. After dying from a raid against him, he wears a mysterious DLC resurrection ring that only works for Progenitors, causing him to fully reincarnate into his VRMMO character and revive long time after his death. After all this, one would think that he would reflect on what he has done wrong and how to avoid a similar situation in the future, but no. At no point is he questioned why he has come to be hated and written into the history books of his new world as basically Hitler. I would say that he simply accepts it, but there is not even a small reflection that indicates this. His attitude towards everyone is also still one of "I'm better than everyone and you are worthless", fueled by supposed vampiric instincts and seriously considering killing someone for whatever stupid reason he can think of. He's basically an arrogant young master of a xianxia novel (with all the evil that implies) and people in the comments seem to love him for some reason beyond my understanding.

You may also have noticed that at all times I have referred to the MC as "he" instead of "she". That's because, despite supposedly being a gender bender story, at no point in the plot is it given any importance. The MC never questions his new gender, nor does he seem to have dysphoria or any reaction to his new identity. It's not even stated that he was a man before the story, so this tag is about as relevant as a sticker on a lamppost.

Aaaannnd... Well, that's all. I will proceed to forget all this for my mental well-being.

Spiral Hill
By Verifiably_a_human
With a century of peace behind, a century more appearing to be ahead, no prophecies of doom looming on the horizon, and a startlingly modern society to live and learn in- what could go wrong for a just-reincarnated student? Waking up in a fa

Anima Aliena
By ModernGold7ne
A starless sky lit by clouds, plants of every colour, and a once dead old man astounded by it all. Meeting an entity that he was too stupid to believe or comprehend, having his very soul tampered with, then waking up in a relatively tiny b

A Blooming Soul
By Lulla
Adim’s life had as many ups and downs as a roller coaster. The ‘ride’ came to an abrupt stop as his heart broke. After dying, he finds himself in a world straight out of a fantasy novel. He seemed to have lost his humanity, alon

The Return of the Dragonmoon
By Caeron
This is an Isekai story covering three heroes who try to escape their warlike summoners. Struggling with the fallout of their decisions they try to change their fate in a harsh, medieval like world where magic and monsters exist. The stor
Action Required