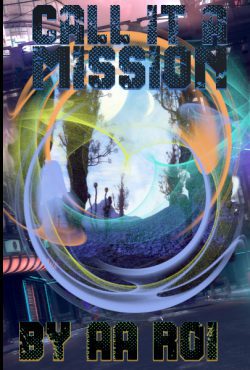 Palantine and Co. is an unusual company that does its work in an unusual field. But it's attractive enough to out of work Gary Bellamy, and offers decent pay and a good benefits package. But there are a few things a little strange about the local office. The CEO is perpetually out of town, apparently in search of ‘Enlightenment’. His co-workers are involved in research and investigations involve the likes of Bigfoot, ghosts, walk-ins and other supernatural phenomena, for who its not quite clear. It all seems a bit dodgy to Gary but again, good benefits package.

Ephram Palantine is having problems of his own. His search for Enlightenment hasn’t been going all that well, has lead down some rather bizarre rabbit holes. It's about to get a lot worse.

The employees of Palantine and Co. are themselves hoping their new hire is exactly what they need. Otherworldly phenomena is on the rise. A seven year old girl has gone missing in northern Michigan, and they are sure it involves something that happened to Gary when he was a boy, thirty years ago, not to mention that there have been sightings of same identical dead man on a Lake Erie beach now for several decades. Some might call what Gary and his co-workers are about to get involved in to protect humanity from a world whose borders with other realities are fraying at the edges, incredible and perhaps even insane. Some might call it a mission.