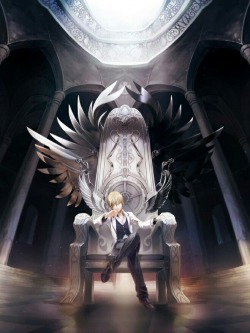 They say Krodoa is very much alive. "That" planet of magic, home to countless races and supernatural phenomenon.

This very world is set to undergo an enormous change as Michael, a human from Earth, is reincarnated into the body of a baby.

<This review is meant as a constructive critic towards improvement.>

Right off the bat, What could be described of the room from where the almost deathly voice came was, dark.  Read this sentence out loud, it's painful, this could be in an active voice instead, to give more power to the type of narrative. HunterxHunter is a great example of something to learn with.

With a powerful tool such as the narrator, especially in the way the author decided to go about this novel, it is to be expected to avoid the MC speak things like the second part of this sentence.
"Err... right. I guess I'll just go off what little information I can remember. My memory has deteriorated over time, so I'll try to be as specific as I can." The later half is an example of what the narrator must say.

If same person as the one doing the action you do, " if not."

Chapter 2: The beginning of chapter 2

Krodoa was such a heavy info dump that most readers would tell you, "show don't tell." You could've made a little scene as a baby and connect the dots through a book, or the MC sneaking on a lesson to the older sister as he crawled or something. You'd earn a lot more points that way in grabbing the reader's attention.

And besides, I might be able to learn a thing or too from you."

"Good morning, Mother." Upon reaching the kitchen, Kenneth greeted his mother, who was preparing breakfast. "Good morning, you two. Just a minute, I'm almost done with cooking. Lena, dear, could you help me prepare the plates?" Mikaela called Lena, who was playing with Kenneth's hand. (You have this tendency to repeat through narration what the characters say.) Also, "you two" needs a, <upon her son words, she looked at them with a kind smile, having both her hands busy with preparing breakfast. Thus, she glanced at Lena who seemed free, watching her playing with her brother's hand. "Good morning you two. Lena, dear, could you help me prepare the plates?"

"Right away, Mom. Oh, we're having bacon and eggs, my favorite!"

Overall: Overly done with passive voice, typos here and there, misuse of punctuation. Mix of past and present verbs in the same sentence outside dialogue. 3/5* but nothing that a good edit won't fix. 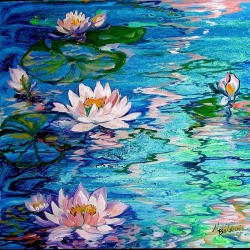 It is an isekai that has been done in a 90s TV show format. We get a narrator that can be felt and an MC that has a series of unfortunate events. As isekais go, it is nothing groundbreaking, but it is well-written with plenty of description, so, I have to give it that.

The MC is a good guy that values family in both of his lives. The author is emphasizing brains vs brawls, with the MC being a member of the brains team, in both lives. Also, the MC is blind. Which makes me wonder how he reads books and the like... maybe magic? I am sure the author would eventually answer this question in a future chapter.

Anyway, it is light-hearted and fun, with many scenes that are shown and not told. (I just can't stress that one enough.) An isekai reader's cup of tea, or iced coffee, in this novel's case. A Marine Got Lost In Another World
By Writeandread2022
Sergeant John Rigen, who was doing a patrol at Virginia Beach with two of his marines suddenly wakes up in a strange forest. He sees himself alone, lost some of his memory, also lost his marines. The only thing he has was an M4, a military

A Technomaniac in Another World (Prototype)
By luukinhas90
Meet Kenji Ueda, 15 years old, an orphan in Japan. Liking technology to a certain degree, he’s very carefree to anything that is not eye-catching(to him that is). Like any other teenager, he was in school, and of course, as much to hi

Summoning America
By DrDoritosMD
Entirely cut off from Earth, the United States finds itself in a scientific impossibility: the entire country, including the continental landmass and separated states and territories, was transported to another world. Unlike Earth, this new planet
Action Required