In a world of swords and magic, two vengeful individuals form an unlikely alliance to achieve their ultimate goals.

Ophiuchus has fallen. The clan lost its honor and status when the seventh-generation leader was executed for treason. Shu Yue, the scion of a declining, once-powerful clan, conceals her true identity in pursuit of power and revenge.

Armed with her clan's secret martial art, a sharp wit, and a faithful fox-human servant, the ambitious heiress seeks to regain their former glory, even if it means making herself an enemy of the entire empire.

An old rivalry resurfaces, and the battle for honor and glory begins. Another player emerges, a spirit beast named Liwei, whose presence changes the whole game. Whether he's a predator, prey, or companion, Shu Yue has yet to determine.

One after another, players appear on the board, each with their own agenda to pursue. 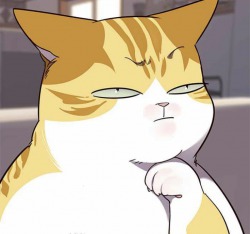 Green Wastelands
By zimmergage
Lilia rather sleep all day than go to class. Avoiding her problems sounds like a better idea than getting hurt. But that was just a typical day for a girl living on a military school compound surrounded by the greenest Wastelands that ever existed

Reverse Reincarnation
By Tejoka
Returning to a previous life she doesn’t remember, Tori wakes up in a fantasy world as the heir to an empire. One where magic called cultivation rules. While doing research and kickstarting an industrialization, she has to deal with a family of tr
Action Required