In the eyes of others, I am what you would call the perfect student—scoring As in every subject, presides over the student council and has a handsome face that would make any girl swoon to boot (maybe that's an exaggeration, but you get the point). However, in reality I led a lonely existence tightly controlled by my parents, who have high expectations for my future success.

Then, she suddenly appeared. She who proclaims herself to be a Goddess came forward with an absurd proposal.
"Hero, I've finally found you! Let's go and defeat the evil Demon Lord together!"

This is the totally-not-an-isekai story of how I, a normal student leading a boring life on Earth, suddenly got involved with a ‘Goddess’ in her grand scheme to vanquish a certain ‘Demon Lord’, who just so happened to be hiding somewhere on Earth?

Oh, did I mention that I am somehow the reincarnation of a legendary Lady Hero from the same fantasy world the Demon Lord originated from? 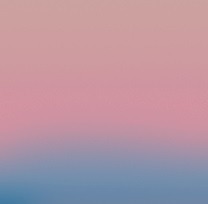 Mecchen House: Love, Sisterhood, and Rebirth In An Anime World
By MajorKerina
Three roommates out for a walk find themselves in an anime world, where nothing is quite as it appears. ~You hear a whisper on the air…~ Three friends, three young men just going about their lives. They have no idea what awaits

I was Betrayed then Reincarnated as a Kitsune
By Paytoechip
The protagonist Jason Strider was summoned to another world with his class while on a trip to Japan. After two months while exploring a dungeon for training he was pushed into a trap and killed instantly. Waking up, he meets the Goddess of the M

Soulseeker Online
By Ninichu
A college student receives a strange offer from his MMO character to trade places with her for the week. He accepts, but the spell misfires, sending him into the game as a young girl! Now, she’s racing against time to save her soulless body

Reincarnated As A Loli In A Gal-Game, I Strive For A Better Future
By Madeus
I was reincarnated in the world of the game…But not as the main protagonist, villain or even the side character. “It’s even better! I will enjoy the student’s life to my heart’s content this time.”
Action Required