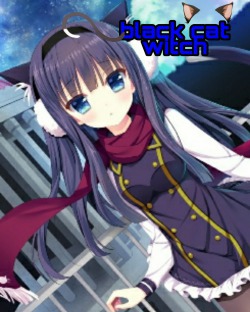 Kawashima Chisuke was a normal high school student, until suddenly his whole class was covered in white light and sent to another world with swords and magic. Using their new given power called the vocation to find their way in this world.
This is the adventure of the witch student that was betrayed by her classmates to take her revenge
************
[The cover isn't mine and I don't know its owner if you are the owner then tell me it is a great art thought]

<This review is meant as a constructive critic towards improvement.>

bleu -> blue*First day of the first year at Aozora high school* A full stop is necessary at the end, even when situating the reader in the story. And you don't need the * It already looks like a subtitle, just put an extra enter from the rest of the text, that way, it'll work as a subtitle.

the old man: <<Hello humans I am nexos the creator god of this other world and the protector of the hero vocation. In my way to ask for help from my friend the creator god of your original world to make humanity mature, I will send you all to my world you can do anything you want, but some behaviors will be restricted, like trying to be the demon lord or a cause of millions misery for selfish reasons, because as I said it is for you to mature, and to help you survive I and my brothers (he mean the other world war gods) will give everyone of you a vocation that will give you abilities suiting this world of swords and magic, but it won't be easy for some of you as they should go through some bodily changes and I will grantee all of you the ability to talk in the other world language. I hope experiencing both world will help you mature and impact the citizens of my world>> = that (he mean the other world war gods) is something that goes through narration, and by all means, you have to divide the paragraph at the very least in half to implement that extra explanation. It is overly long as a speaking sentence. You could've add some of these impressions in the middle of it:Every one look at him with a surprised face even some girls are pale as white page.

<<Oi oi what the hell are you talking about >>

<<Tell me this isn't happening>>

<<Finally my isekai my moment to shine as the mc>>Mainly since we as listeners have instant reactions while people talk, it is not uncommon at all, to make breaks of sentences to add drama or impact. This is a very basic level thing to do and should by all means be improved:old man: <<these light shall be the blessing of my brothers to you, according to the color you can get a peek on the nature of you vocation>>

and out of such a group one of the excited boys approached me, it was no other than my friend Izume Aoi

chisuke: <I know it is an anime like situation but how can you be that happy>

Aoi: <<hey chisuke what is the color of you circle>>Have you ever read any book or other literature book where they place the names of those who speak? No. However, fear not, as everything can be improve. You have a couple of ways, playing with the five senses of a character is one of them. And so, the old man extended his arms, "these lightS shall be the blessing of my brothers (family) to you, according to the color you can get a peek on the nature of youR vocation."

From all of the excited boys, Chisuke spoke bewildered towards the enthusiastic colleague, " I know it is an anime like situation but how can you be that happy. (You can even add this further to allow space for next character to speak) : For real Aoi, what's wrong with you?"

"I'm sorry, but I've always dreamed of this moment." (Or something else, just an example.) Also I couldn't figure out the difference between <> and <<>>. Thus, it makes it unclear who's thinking or talking, without having to reread a few more times, and even then, it's not always subtle.

[collapse]
Overall: Typos here and there, misuse of punctuation. Strange sentence structure, and trouble with readability on quotation marks. Nonexistent paragraphs to gigantic ones. Writing style will improve over time, so don't worry too much, and read books. It helps a lot! The Devouring Princess
By trapzgod
MC was a typical office worker who worked 12 hours a day. Because he was depressed, he decided to go to a bar. Due to his depression, low salary and abusive boss, he got drunk. When he was on his way home, he stumbled upon a dark

The Last Progenitor
By RepresentingEnvy
Our Protagonist was playing his favorite VR game “Tales of Fantasy Online” as his favorite character “Eliah” who is a Vampire Progenitor. Upon dying to “Leo” the GM of the famous guild “Lions Heart”.

Unsightly Gluttony
By Kekw
“I’m cold and hungry.” That single thought of hers ignited the beginning. The beginning of what, you ask? Haha, how innocent. She was great— No, no, no, that was an insult to the utter majesty she possesses. She is perfection
Action Required