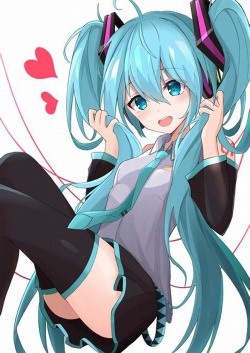 Read the title. It says it all.

Then I might as well give a short synopsis.

A wish-fulfillment fanfiction filled with wholesome love and fluff with none other than the number 1 Vocaloid as the Waifu! If you don't know who she is, I feel sorry for you. This is the first ever proper Hatsune Miku fanfic in Webnovel!

Wait, you mean that isn't a synopsis? Well, do you think I care? Just read it and you will know why it is good, or else I'll Miku Miku You (For Reals)!

Katake Kage Zenchi who attended Hatsune Miku's live concert died when Hatsune Miku's hologram malfunctioned and the spark of the electricity broke a part of the ceiling, killing Katake in the process. Of course, Katake died without any regrets. After all, he was killed by Hatsune Miku—the dream of all Hatsune Miku fans.

Katake woke up in a white void filled with the concept of nothingness, and there he saw, someone who looked exactly like him. That person introduced himself as Katake Kage Zenchi's future self and main body and that Katake Kage Zenchi was nothing more than a fragment of his soul.

To know more about Katake's story, read the novel!

Disclaimer: I don't own anything except for myself, lol (Katake Kage Zenchi). Hatsune Miku and other anime, or any other work of fiction introduced in the fanfiction isn't mine, and in no way amm I claiming that it is mine as it belonged to it's respectful copyright owner.

Warning: The MC (My Celf) is a simp. A die-hard and devoted SIMP for Hatsune Miku. And, NO HAREM! Harem while having Hatsune Miku as Waifu is heresy!

Genre
ActionAdventureDramaFanfictionFantasyIsekaiLitRPGRomanceSlice of Life
Fandom
Hatsune Miku Vocaloid
Tags
Accelerated Growth Anti-social Protagonist Antihero Protagonist Based on a Song Based on an Anime Devoted Love Interests Fantasy Creatures Game Ranking System God Protagonist Godly Powers Level System Weak to Strong
Table of Contents 2
Show
Reviews 0
Table of Contents
Write a Review
Reset Filters
Write a Review
You must be logged in to rate and post a review. Register an account to get started. 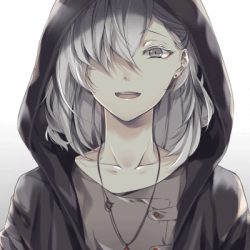