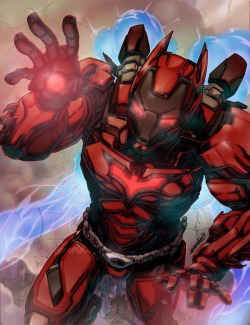 --------------
"Let's leave my origins. We both have unspeakable origins. But the problem is I know of your origins. Galan of Taa." John said. Galactus' eyes squinted as John said his real name out loud. He never expected someone totally out of nowhere knew his actual name.

"Never expected an unknown guy would know my origins. So what of it? I don't think it matters where I came from." Galactus replied.

"It doesn't. You did what you had to do to survive. But the problem is you made a deal with the devil." John replied. Galactus looked at John with more stoic eyes now. He had done many things in the past and he made many bad decisions. He just wasn't sure what John was referring to so he was silent. John seeing that Galactus was silent and refused to speak said

"Black Winter is coming!!"
-------------
When a cinephile and an otaku/weeb travels through dimensions and gets a system which can only be described as overpowered but comes with restrictions. At first he was overjoyed with the system but soon realizes that he is in a very dangerous world where his life was at risk all the time.

You can read 240+ more chapters ahead and 3+ chapters everyday with the access to my patreon page. (670+ chapters already)

Disclaimer : I am not an economist so I might have done some mistakes in the economics section of the story. If you have suggestions to make it better you can leave in the comments.

Warning - The MC won't be OP from the start itself and will grow to a powerful character in due time. The starting feels a bit weird because I am totally new to writing a novel and English is my second language. I don't have an editor so the conversations and descriptions might be little stiff. I am trying to improve.

P.S. This story is based on Marvel multiverse
P.S. 2 The picture is not owned by me

Genre
ActionFanfictionFantasyIsekaiMysterySci-fiSlice of LifeSupernatural
Fandom
Marvel Comics
Tags
Artificial Intelligence Based on a Movie Based on a Video Game Based on an Anime Businessmen Carefree Protagonist Cosmic Wars Movies Summoned Hero
Table of Contents 566
Show
Reviews 3
Table of Contents
Write a Review
Reset Filters
Write a Review
You must be logged in to rate and post a review. Register an account to get started.

First to take of my chest " write faster, not enough chapters!!!!"

Now to real review, good story, plot it not fast and not slow, some timeskip is long but it make sense that time pass when we are not looking, the author know his original plots, that make more good since its not just the movies parts, the system need more work in it, not that is bad, it just irrelevent after some time, and would be nice some side-stories  like he going visit the kages, or walking in NY and seeing a marvel hero like luke cage before he is a hero, or even helping they became better. Or bringing other characters in the world, whit no need to save the world or that the plot need it, but overall it a good read. 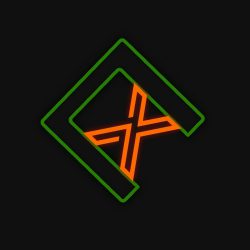 Currently on chapter 394. This story's quality can be separated into 2 parts. The first 2/3 of the story and the last 1/3 of the story.

The first 2/3 was decent. There are slight grammatical errors. For example, " The company of John" should be " John's company". Otherwise, the story reads easily. Due to the large number of side characters and sub-main characters that one can expect from a story named " Multiverse of Marvel", many characters do not get the development that they need.

However, I believe that " John's Life" or " John Jameson's Multiverse" would be better names for this story. It does not follow Marvel's universe, the story follows John Jameson, liar extraordinaire. Throughout the story, it is John that gets major character development. The last 1/3 of the story is when things get good, grammar gets better characters are more developed and react less like robots.

This is all around a rather interesting story and I am looking forward to more.

Im not really a fan of fanfics but damn this got me hooked, I was reading it at 10pm but when looked at the time it was 3am (lol). At chapter 510.

At first I got cringed of what his 1st summon was cause thats too OP, he could just use them  and then the end but no, there is more to it and I like it. Why does Falcon not in the Avengers? Please upgrade Hawkeye, Black Widow got one, Poor Clint. Got some issues why T'chala is not in the avengers.

ALSO I dont know much about MCU and DC aside some movies so its great to know such characters exist.

Hope to read/see:I hope joker got summoned by accident or some sort of challenge by the system or losing control on his summon or all of the above. I WANT TO SEE HOW THIS CURRENT AVENGER WILL DEAL WITH ENEMIES THAT IS NOT OF MCU. JUST AIZEN ALONE GIVE ME THE CHILLS. I hope he can also Fuse the people of his universe to their other versions, (Omni man lol)

Thank For the Good Work Author-sensei.

The Adventurous Gamer Ninja – Daichi Hekima.
By MonkWithAPen
The universe gave me another chance after life screwed me over. My second life brought me to a world where people breath fire, walk on water and some people with special eyes that give them bullsh#t powers. Well, I got the gamer ability. And I’m g

Lucky Once in Yugioh GX
By Calvin_Waterson
A young Duelist gave up on the fun of Dueling. He had grown up, and his bad luck that had plagued him for his whole life ruined his experience as well. Dueling was all about luck of the draw, and who spent the most money on cards. Why even bother

The Cloud Over The Leaf
By Forestbear
A spirit woke up in vast darkness, only to meet a strange entity. “Lucky you! A second chance to live has arrived!” Shortly after, he finds himself in the world of Naruto. First novel, I’ll do my best to enterta

THE PUNISHMENT OF THE GODS OF OLYMPUS
By LORDKARMA
the gods abandoned their role of guide and protector and of humans, now they have used their powers to satisfy all their desires regardless of the suffering they cause, but when the creator awakens from his sleep and sees the chaos that ‘the

Focal Point
By JTNestman
Lucas Wright is the king of the FPS world. For three years he has dominated the most popular E-Sport scene, Focal Point, with its completely immersive virtual reality dive system and cutting edge realism. Despite all of his success and well earned
Action Required