I was reborn as a minor character, the mother of the main character, and the deposed ruler of the kingdom of Azeroth, Leriana Ashfordt.

My husband's younger brother will stage a rebellion against him, and only my young children will be able to escape. The unfortunate Queen Leriana is waiting for a joyless end. According to the plot, my heroine will sacrifice her life during the uprising to save her children. In the future, when her daughter Brisney grows up and reunites with her brother, she will lead a rebellion against the traitor king, and become the new ruler.

That's just not like that! To die at twenty-seven is too early for me, and I'm going to change the tragic plot of this novel.

I was lucky, and I was reborn ten years before the events of the novel began. At the time when the future King Philip and his brother Razor just fell in love with me at the royal Academy, and their fight for me led to enmity.

In order to survive, I decided not to become a queen, and to live a quiet life with my father, the duke. And in order to save myself and the whole kingdom from future tragedy, I had to take extreme measures.

— Your Highness, I'm sorry, but I can't be with you. My heart has been busy for a long time.

— What are you talking about?

— I'm afraid that the daughter of the cursed duke stole my heart at first sight. 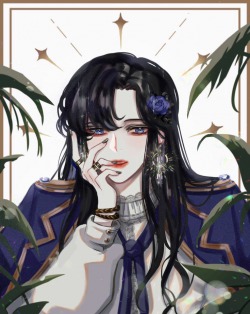 A Liliful World: Yuri Reincarnation
By Mihou
Think about it, what were to happen if you were reincarnated to the virtual world you wanted to create; what a dream right, being able to live peacefully with no limitations… That was what I thought; the experiment failed…?! And to mak

Boosted Restart – A new chance in a different world
By Teanam
Sophia wasn’t happy with her life after having made some wrong decisions. Introverted and shy to the point it even hindered her from having basic interactions, she felt lonely from being unable to talk with women at all, the only gender she’s inte

The Lightning Mage
By AziaElga
In a world where magic is abound and every human can use magic, Cydney Yen is an anomaly–she is what people call a “magic-less freak”. Lyn Bronte, on the other hand, is a talented lightning mage and an up-and-coming queste
Action Required