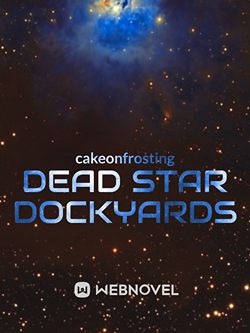 A young pilot testing an experimental spacecraft unwittingly finds himself in the position of one of Humanity's two designated survivors, a plot to preserve the existence of their race in the annals of time. Earth is doomed, the Sun is fated to die, but the last page has yet to be written in the chronicles of human exploits.

With only a strange woman, a dog, and a sapient computer, he is thrust into a new reality. In order to survive, they must learn to make use of their limited and shrinking advantages. To thrive they must gain power, be it political, military, or economic, and they need it fast.

5/5 9/10 amazing stuff all around. Probably among the top writing on this website and it doesn't get the recognition it deserves. The things that I like about is its interactions with other people feel very real, where as in other novels it doesn't feel right. The amount of world building is incredible and rich, and I feel we are up for some more in the future. The characters are well rounded, with not everyone having carbon copy/ pasted personalities like I've seen some novels on this site as well as some published books have. Good romance too.

With that being said however, it feels at times that the world building is a little too much. The author addresses this in an author's note, saying that at most the intro was supposed to last 10 chapters but went on to last 17. It affects the pacing a lot and it feels like with any other (less talented) author we would have the same pacing at around chapter 90 or 100. Don't get me wrong, it's an incredible story with great detail, it's just I personally enjoy faster paced novels. Or I guess it's more I read a lot, and I'm constantly left blue balled for "modern knowledge in a fantasy world where MC 'actually' uses that knowledge to interface their knowledge of natural sciences to make stuff with magic". Flamethrowers for example. Super easy to make in most magic systems in novels, no one seems to do it. Or magic compressed steam grenades. Other examples.

This story is the reason I made an account on this website. It's dense with information, it gives credibility to the universe it's set in. It makes it come alive as you read, I feel. The characters are growing on me. There's even a sentient IA which doesn't lack personality, without coming out as over-exaggerated. I'm expecting a bit more out of Diana, she can do better, I'm eager to see how she will progress in her domains of competency.

Donovan and the squad remain my favorite moments. I love drill sergeant antics, and how Donovan is shaping them up to be the best soldiers in the universe. Start small, go stronger.

The style is very good, some minor mistakes sometimes, nothing bothering my reading.

It's a story that takes its sweet time, and I like it for it. It has great potential. Give it a try! 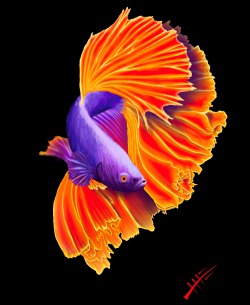 IMO one of the more scientifically accurate novels, there is good build up to the transportation. The author actually fleshes out the back story the the MC. I don't recall any moments where I get annoyed by the MC's decision so that's another plus. The story after the transportation is a joy to read. 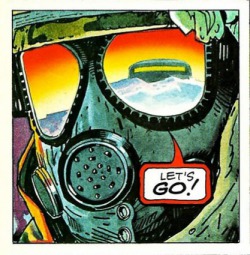 It's pretty good. The chapters are long and fleshed out, the characters all have depth, emotions and their own characteristics. The story is awesome, totally worth reading. One downside, is that things are very technical, this goes well with the sci-fi theme but can be boring in the beginning. Later on he slows it down much to my small brains relief. There are some (very few) grammatical issues, most of which are fixed once pointed out. There is romance, action, sci-fi laser sh*t and dogs involved. So that's also pretty cool. All in all, I have loved it so far and fully plan on continuing my read. (Edit) As of chapter 85, it just gets better. 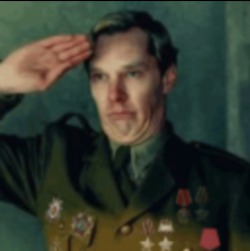 As of the most recent chapter (89) I believe that the Author has done an incredible job at promoting character development and plot progression without a sense of feeling rushed. I am constantly checking my notifications to see if a new chapter is out and I can say that the quality never lets me down when new chapters are released. 10/10 have recommended and will continue to do so.

TLDR: Very well written heavy story with a 'living story' and interesting plot. Early diplomacy scenes are eh but author is improving. Everything else is good so far. 4.5 stars.

So normally I don't even comment let alone review a novel but I made an account for this one. The story does well to sate my craving for well thought out worlds where at least some of the little details are thought about how they come about and explained in a way that isn't just info-dumps, or fluffed off till later causing issues with my suspension of disbelief. I hope This story continues to the author's intended ending.
My only major gripe:

I enjoy the fact that the author knows what he knows and knows what he doesn't. The things they know are extremely detailed and patted down with love.
The things they don't know they understand they don't know much but still tried their best and are improving with every new 'scene.' Yes I am talking about the Diplomacy 'scenes.' While the first few scenes were pretty bad for someone (Diana) trained in diplomacy with what I thought was a bit too much flailing around in the earlier chapters. I understand its highly emotional and stressful time but with the time she had to at least try get her head back on straight she should have probably done a bit better. But it seems to me that the author just had to find his groove with them a bit as the last couple have been far better.

The universe so far is extremely thought out with what cultures there are in the universe and how they interact. Which honestly is a breath of fresh air to me as I have read hundreds of novels where many of the characters, nations and cultures are just wallflowers until their names are called and more often or not they have some form of Alzheimer as they don't remember previous interactions or historical events until convenient.

But in this novel so far (with the tiny taste we have been given) the different nations feel like they have history and know what they want even if it means going against the main characters because their interests aren't  currently aligned and the main characters aren't just dumb marionettes that don't think about this sort of thing as well and understand that if they want something they are going to have to negotiate through many different ways to achieve their goals.

Now if you got this far in the review then this novel is probably for you as it is what I would call 'heavy.' Not that this is a bad thing in fact that's probably what I like about this novel. It has meat to it there are physics and math in this, there are REASONS why things are the way they are and yes I am fully expecting plot holes to crop up every now and then but I see that as inevitable and if the author keeps writing with as much care and love he has for this novel as he does now I will not care unless its 'universe' destroying.

I love the science behind the world the author built and for me that is the main selling point, you don't have to be a rocket scientist *haha* to understand this but some basic understanding of how the things you use day to day actually work would probably make this an easier read I think.

With the author knowing a lot about the technical aspects plus their own version of magic which they already have set up the math and laws for leads to an anticipating read for me and leaves me wanting more. They are actually thinking about how space travel would look like and how warfare would be fought if  heavily honor-focused cultures were in space and the practicalities of how split (magic) would realistically change how warfare is done. Because remember humans used to march with straight backs multiple times into machine gun kill zones for honor so what would nobles in space see as dishonorable and cowardly?

As the Author has hinted and said in the comments they have an overarching plan if a bit vague. But that is good because while there is a goal/end point, it leaves them with wiggle room  to write some info chapters that don't feel like info chapters (or the GODDAMMIT I GOTTA WRITE A CHAPTER EXPLAINING THIS!!! Chapters.) Which means that they are taking the reader for a journey that never gets boring  because those epiphanies and subsequent planning to make those info chapters are done is such a way that they happen at just the right time to set or change the tone for a bit before going back to the main plot without being jammed in and jerking the reader away from the story.

The goal of the main plot itself seems simple broadly speaking and that's usually what makes it the best type of goal because the steps to reach that goal those sorts of goals are usually the hardest or most complicated bring in a hurricane of other issues and plots (both figuratively and literally) to the characters to sort out meaning this novel to me is going to be a Grand Epic (hopefully!) and while small at the moment the author is doing a wonderful job of showing us the story and events without making this into a boring lecture about the intricacies and themes of red fingernail polish to a group of fingerless people.

The few subplots we have been shown already are been thought out and not just because of the characters all being stupid or doin something stupid things. Not to say those two cant be used because the author has and its been executed well. It's more so the fact that those two issues are NOT the reason for everyones subplots, there are outside forces that have caused the subplots like natural disasters, events or even other characters

[collapse]
Will do another round of editing when I can and update the review once more chapters are out. 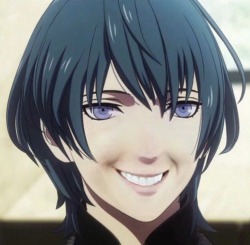 Echo of Earth
By Daikael
An AI wakes up in its bunker complex to a scene of mass destruction and death by an alien assailant, the last creation of Humanity, built to survive and rebuild after a total extinction event now must expand into space in order to defend itself fr
Action Required