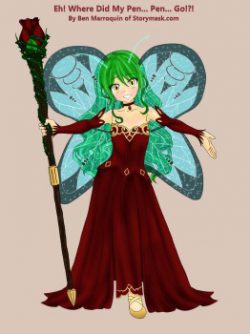 School's out for summer! And for Michael, it couldn't have come at a better time. Suffering from the heartache of a bad break up, Michael sought a place to escape into. In steps his Big Sister Cara to save the day with a suite of Golden Tickets; she just so happens to be one of the big winners of a very special lottery. Yup, and now they're off into the magical virtual world of Abrynth with the promise of "A new world, A new life." But little does Michael know just how true those words will hold... and the big loss in store for him.

Warning: The following story is inspired by light novels, anime, and mangas. (Nope, nothing new here, at least I don't think there is, other than the author (yours truly)) It is meant to be a simple, easy to read, fun, light-hearted adventure through a virtual fantasy world. Plus, it's my first time writing like this... so please be aware that there will be mistakes made along the way... so I invite you to enter the dragon and enjoy your time in Abrynth.

So this story is treated as something cute, and lighthearted, and while it does feature that, it's overshadowed by a myriad of other things.

The story itself moves with the outstanding pace of continental drifting. It takes 8 chapters just to get into the game world itself, which wasn't too bad, but that what just the tip of the iceberg. Almost entirely of Book 1 is just the starting area, and it isn't till around chapter 50, of a 68 chapter book, that Wylla finally leaves the starter area.

Now let's talk about the characters. Michael, or Wylla as he soon becomes known as, starts as a normal 16-year-old boy, albeit rather tall, standing at a height of 6'3. Now a little before the story, Michael had a girlfriend, who ends up NTRing him with his supposed friend he had met a year earlier and defended from bullies. This friend was a pretty boy, a trap essentially, and Michael wants to be like him, pretty that is.

Now Michael, and his whole family, and some of his friends, end up winning special spots into the worlds first VRMMORPG. I found it a little odd that his entire family and some of his friends managed to all get in, but it's not that important. So later on, when he's talking to his buddies, getting ready to head on in, he calls the owner of the gaming company, a company called Goddess Lokani Entertainment, Narcissistic for putting the word Goddess on their company, and it just so happens that the owner is an actual goddess, so I think you can see where this heading.

The Goddess, being so incredibly hurt by a mere mortal calling her narcissistic, decides to screw with his experience a little, or rather a lot, and straight gender bends and age regressions him. Doesn't even get to design his character. Now you might be thinking, how bad could it be? Lots of people change their gender and age in video games, not like it affects him mentally. Well, you'd be wrong about that, as not only is he screwed with physically, but mentally too. It gets worse because, in the end, when Michael finally wakes up, it turns out that his real body is no longer quite there, and Wylla is all that is left. He then goes to confront the Goddess, and predictably, things go not great for poor Michael. She pulls a Terms of Service on him, proceeds to toy with him, then sends him on a quest to go find what is basically the holy grail, which even if he does find it, I don't really think any of his problems are gonna be solved.

Now let's talk about the Goddess. If I had to sum her up in a few words, it would a manipulative, narcissistic, amoral, evil bitch, who has essentially killed Michael through identity death, and forced all these changes and problems on Michael, because some mortal offhandedly called her narcissistic, which she is. Poor her.

I enjoy cute stories with loli's, their fun reads. But I don't think I would quite call this a cute story.

These are just some of the problems. There is also the over s*xualizing of a 10-year-old, the fact that he accepts the gender-bending with the ease of breathing, and the extreme drawing out of scenes, but I don't want to write too much, and typing reviews on an IPAD is a pain.

Not the worst story, but not that great.

Alright I'm not good at this but here goes... The beginning is boring as hell and it took too long to get the story going. It should only take a maximum of like 5 chapters at most to get through all the prologue and explanations, I legit skipped like 90% of the chapters up till he gets into the game before I started enjoying this. You have a great thing going and you certainly drawn me in at first glance but then all the boring "Real Life" Dialogue and all hype dropped.

I found this story while looking for some isekai to read. I'm sure others with more patience than me will definitely like it. The beginning is a bit slow to start, as it takes him 8 full chapters to start getting into the game world. It's supposed to be some sort of fluffy fantasy adventure but honestly the goddess character is just too unlikable for me. Main character offhandedly mentions her, so she decides to lock him in a fantasy world as a girl so he cant log out, while playing off of something that really hurt him badly? And it affects his brain as well from what I gather. From what's implied she also decided to punish his family, his friends, and his family's friends as well? And the story treats as a "teehee it's just a prank bro" moment. I'm sure she'll never get her comeuppance at all, as most of these stories unfortunately. Shame. The premise was so interesting but I just cant get over how the mood of the story seems anything but fluffy or funny so far. I'm sure I'm the only one thinking that way though. 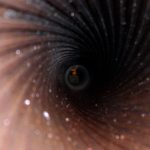 This story is what I would classify as "good, mostly clean, fun." (95% clean, as opposed to Disney's 99.5%) I personally found it enjoyable, though it does definitely get long at times. (And overdoses on fluffy bees... wait... oops) Several of the other reviews complain about the story dragging (dragon-ing?) along. To that I must respond: "Pay attention to Genre tags! If you hate 'Slice of Life' you will not like this story." That said, any time author gives any type of projected time frame, expect it to take three times longer than specified. 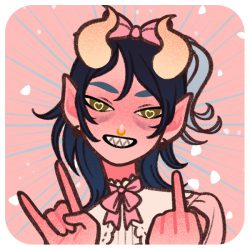 This is a cute and fluffy video game/isekai type story that warms your heart and providing a lot of engagement for the reader.

There are some RPG elements, and some world building and game design, but it's not overbearing.

The story isn't a self-insertion (I don't think the Author imagines themself as a cute fae/dryad, but it does have a few powerup moments that make it fun.

I recommend this to all fans of GB and Isekai.

Note there is some dysphoria, and the MC is very obviously an egg who has yet to crack.

If you're looking for a story with a lot of fluff and cuteness, this is for you. Storymask is very good at descriptions and paints the scenes and characters in great detail, which only adds to the cuteness and fluffiness.

The story itself started off enjoyable for me and I even took part in the comments and made my own side story. However, the pacing slows down the farther along you get. I feel this is mostly because the author spends much of the prose on descriptions and actions of the characters at the expense of moving the plot forward. As I don't care so much about cuteness and fluff, I found myself just skimming through the last chapters as I got more and more bored. You could skip chapters 50 to 59, maybe to 61, and all you'd miss is the MC getting more "OP" and "rare" abilities and adding to their collection of cute animals.

Michael/Wylla seems to suffer the most from the "cuteness" factor of the book. They claim that they are a man on the inside and want to return to their male body, then for the next fifteen chapters acts like a cute girl in a stuffed animal shop picking what adorable animal she wants to buy next. At first it seemed like he had a spell cast on him to make him act more like a girl, but that seemed to wear off after the first day. Maybe the spell is still there but I don't recall reading anything to suggest that Michael/Wylla was under one, especially because once in a blue moon Michael reasserts he wants to return to his male body.

The Goddess  was my favorite character. I loved how much of a troll she is and will probably read the sequel so I can see more of what she is up to. I think she is also one of the key factors to the overall plot, so the fact that you stop seeing her in the latter half of the story is probably part of the reason it stalls.

Overall, if you like cute and fluff, you will love this story. If you want plot and genderbend but don't like the cute or fluff, I still think it's worth reading, though you might want to skip a few chapters near the end.

If you can get past the VERY slow pace this is a rather good story. Granted I skipped like the first 6 chapters but still... 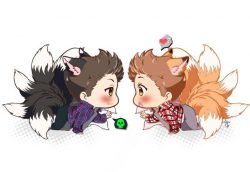 I'm just gonna write my thoughts about this book. It's interesting and fun when she got in the game, but the author drags the story out to long and it makes the reading of the story become a little boring. It would be better if the author updated more, because than you don't have to wait for long and it wouldn't matter if she drags the story out to long. But the author has a personal life so he/she can decide the best time for his/her self when to update... I do definitely recommend it. And I'm going to keep reading it because even if the book sometimes becomes a little boring I expect great things of it... And most definitely fun things to happen..?

Amazing story. I think I read it all in two days. 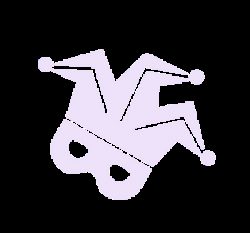 Mecchen House: Love, Sisterhood, and Rebirth In An Anime World
By MajorKerina
Three roommates out for a walk find themselves in an anime world, where nothing is quite as it appears. ~You hear a whisper on the air…~ Three friends, three young men just going about their lives. They have no idea what awaits

Soulseeker Online
By Ninichu
A college student receives a strange offer from his MMO character to trade places with her for the week. He accepts, but the spell misfires, sending him into the game as a young girl! Now, she’s racing against time to save her soulless body

Enjoying my life after reincarnating as the princess’ cousin
By topoko
I was a normal high school student, until I was ran over by a truck. Now I am the princess’ cousin and I am going to try my hardest to enjoy my second chance at life. Danny_The_Neko (https://www.scribblehub.com/profile/52890/dan
Action Required