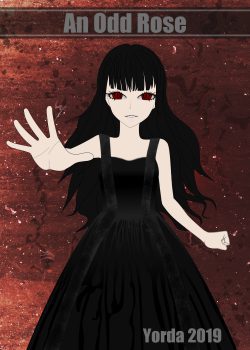 A beautiful girl? Exceedingly so.
A rich girl? Filthy.
A powerful girl? Obviously.

All systems are go, but but but there appears to be a catch.

He held his beautiful head and screamed, "How did this happen to me?!"

After waking up to an unfamiliar ceiling a former man found himself sporting long black hair, fierce red eyes, fair skin, and a rather incredible figure. "This resting b*tch face ..." he contemplated momentarily, "It's totally my preference! But it's totally my face! Totally bad news!"

The only option was to buy time until he could figure out what was going on and very soon he realized, "Aren't I screwed?" He was a duke's daughter engaged to the crown prince of the kingdom and was currently attending a magical academy with a cast of overly hot men happening to be the same age. This was clearly an otome game setting, and with his elegant, flower of evil, villainess face he inwardly broke out in a cold sweat.

The major problem was his total lack of information for he had never heard of the otome game he was currently in. Ergo, he had no idea how to avoid a bad end. However, the true problem was even more profound. "Marrying a man is impossible: I'm only into girls!"

For a full definition and explanation of otome games visit my glossary section.

Reviews, criticisms, compliments, and suggestions for improvement are welcome anywhere and everywhere at any time. By combining our powers let's turn this into a "Critical Success"! Yay!

I poured my heart and soul into the illustration (my first digital drawing) and using a mouse with Gimp makes me never want to do it again! I'll try again next week.

P.S. This is my attempt to join the supreme race known as authors, whom I hold the greatest respect for. And let me tell all the fine people of culture that otome game novels are my element and noble villainess girls are the blood coursing through my veins. Ohoho. 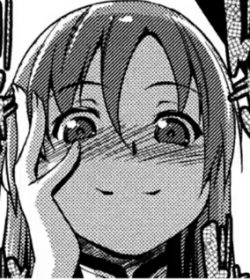 I created an account just to make a review.

It's so good. I can't believe I'd read something of this quality in here. I can only imagine how much time was poured into making it like so.

It's so engaging, it's like I'm actually the one thrown into that foreign world. I felt like I'm walking on a tightrope, treading the unknown, feeling desperation, urgency, and a desire to just f**k it and run away.

A new feeling I must say because MCs that went inside a game usually know what's the plot gonna be. Even cultivation novels with the MC potentially facing strong enemies didn't make me feel like this. I love it and I want MOAR!

That chapter about worth is also goood, gave me a feeling similar to Youjo Senki without Youjo Senki's (seemingly) excess details. I give it a 5!

Ahh, I'm dirt poor and can't support you but I hope this review encourages you, somehow. 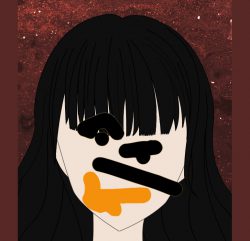 Fallen Princess: The Duke’s Familiar is A Witch
By Seraphione
[ WILL RETURN ON MARCH 5 ] The daughter of the Black Witch, Aurora, was betrayed by one of her own and killed by her Father, the Emperor. Witches, although feared, were not hated. However, this changed when Aurora’s mother cast

Tutoring the Spoiled
By bigbear51
Trying to live out an existence is hard. Especially for Kouji Arisawa ever since his parents passed away in an accident. He’ll still try his best, and make something of himself. It’s too bad that he can’t go the the city&#

The Ulfhedinn of Dueling School
By HokuouTenrou
In the future, where magitek is a part of daily life and dueling is a popular sport, one boy from a remote village in Iceland entered the most prestigious Duel Academy, hoping to see the world and be the best, strongest duelist ever. En gard
Action Required