Frost is a healer and must use her wits, modern knowledge of medicine and challenge her moral compass in order to survive this world of Eldritch entities born from emotions, folklore, stories, fairy tales, concepts and despair.

She was no more than an ordinary man who fell into an unordinary circumstance. Suddenly appearing in a place called the Nexus in a different world from Earth had left him... er... HER curious about what this newfound world is all about.

A world of swords, kingdoms and dungeons? Yep.
Of races that were thought to be found only in fiction? Oh yeah.
Of technologies that far surpass anything seen on Earth? Huh? isn't that a bit much? At least they're limited.
And of magic that blatantly violates the laws of physics!? Yeah... physics don't apply here.

But her curiosity ended up costing her before she had learned much of the world of Elysia, and she was betrayed by a person she was led to believe she could trust the most.

Come join Frost as she tackles Eldritch entities in a strange world far from home. However, this world may be a lot more closer to home than she realizes.

The ‘Blessing of the Nexus’, which she had come to call the ‘System’, displayed these words before her wilting eyes.

When the black forest fused with the darkness behind her eyelids –
– A message appeared.

< THE AMALGAM’S AWAKENING EVENT HAS BEGUN >

< PARADISE LOST >
< THE ARBITER’S TRUMPET CAN NO LONGER BE HEARD >

patreon.com/syringe
18 chapters ahead! (or 16 ahead of the Discord).

ImpulseWorks Training Manual (For those that really want a reason to read this story. Spoilers ahead): https://imgur.com/a/Fh8fZMq

This fic has a lot of elements and references to certain things like the Arbiter's, the bird abnormalities and workshop atelier's that mainly comes from project moon's game lob corp and library of ruina. So being a fan of their games and seeing said references to the game's throughout the fic make's me happy that there is a fic that incorporates it to the plot well. Overall I like this fic's premise as a whole and even without knowing what the references are, you can still enjoy the fic due to it being written properly and having a good story. 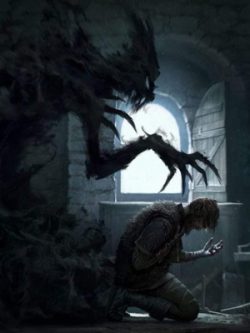 I want to like this story, I really do, but the tale itself is a confusing mess. The lack of proper grammar or structure means that much of the intended impact of the story is lost in translation. The author is in such a hurry to introduce new characters that the names become a slurry of words you can't tease apart. The end result is a morass of characters being introduced and shuffled off the mortal coil in short order.

I'm looking forwards to an edited version, but fear it may require a substantial rewrite of the current story to smooth out the dialogue. 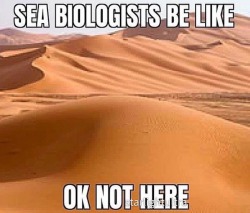 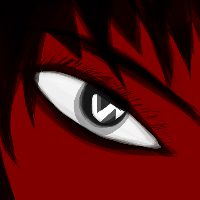 Made an account for this novel. Love the story, very engaging. Looking forward to more chapters. 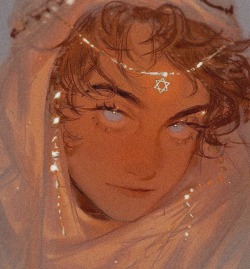 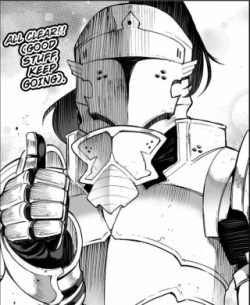 The story telling is wonderful, battles are absolutely epic, no plot holes (as far as I'm aware of), you can feel the emotions in the words themselves, rarely any grammar or spelling mistakes and the story is very easy to understand yet still incredible.

This is the one that finally convinced me to make an account after lurking for years on this site so that I could write a review and give 5 stars.

This is a really intriguing tale. Can't give the author enough praise for their ability to hold my attention. But, for those of you who are squeamish, beware that there is disturbing content in here as well. That being said, it's very well written. I don't want to spoil anything, but the world building is heavily inspired by the works of Project Moon, i.e. Library of Ruina, which is an incredible story in itself.

Please read this. It's worth your time if you are not off-put by a bit of morbidity.

One of the best novels I've read, Frost showing so many emotions that I felt a lot of chills and sweating a lot. 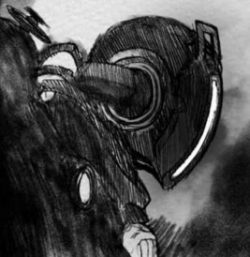 First ever serious review on any novels for me, sorry if I made some mistakes.

Honestly, it suprised me that THIS is a original novel and not a fan fiction.

The world building, 5/5. Genuinely good and detailed to the point that I would sometimes think this is a fan fic because of how expansive and deep it is. Heavily inspired by games like Lobotomy corp. (Good game go play it)

The characters, 5/5. The author gave alot of thought to them and made interesting backgrounds for each characters, main or not.

The writing, 5/5. Barely noticeable errors and the author fixes them fast when its spotted.

Overall, Perfect. Pretty sure this novel is one of those novels that made me get back to reading novels again after a long time. Keep up the good work. 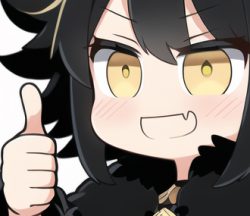 Thrown Into A Wolf
By Varewulf
Sara wakes up in a place she doesn’t recognise, not remembering what happened to her, or how she might have gotten there. And soon discovers she isn’t in a body she recognises either. Not even a human body! The world she finds he

He Who Fights With Monsters
By Shirtaloon
Access the discord here: https://discord.gg/CDV5SqM Story is currently on Hiatus until February. Book 9 starts with chapter 595. Earlier books available on Amazon: https://www.amazon.com/gp/product/B08WF8SB71 Jason wakes

Shadow of the Soul King (LitRPG)
By Thirteen_Life_Legion
Earth was ending. He tried to save it with science. She betrayed him. Together they almost started World War III. Now their home is facing an invasion of monsters and extraterrestrial forces, but it’s no longer their problem. T
Action Required