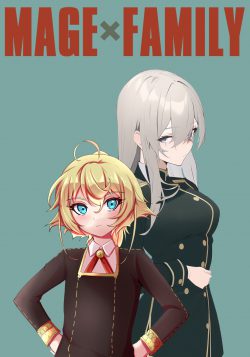 The Devil of the Rhine, Tanya Degurechaff is defeated over an Imperial City after a long desperate fight for survival, only to fail and end up dying in the process. A few hours later, the Empire would officially declare its unconditional surrender to its enemies, leading to the nation to be divided and split up. Most notably into the nations of Ostania and Westalis.

After some years of conflict, the two nations remain interlocked in a perpetual localized cold war against each other, and with the National Unity Party on the rise again, WISE begins Operation Strix to find out its true intentions. Meanwhile a secret organization, after many failed attempts and some strange accidents like Test Subject 007, successfully recreate the Mage after all others had slowly lost their mana following the war. This project to recreate the mage, however, ended mysteriously as the building was destroyed and the corporation collapsed.

Now searching for a backup plan should his current child, Anya, fail to thrive in Eden Academy and by proxy fail Operation Strix, Twilight, under the alias of Loid Forger, adds yet another child to the operation. The last Mage on Earth, Tanya XXXXXXXXXXX

Genre
ComedyFanfictionHistoricalIsekaiSchool LifeSlice of Life
Fandom
Saga of Tanya The Evil Spy x Family SpyxFamily The Saga Of Tanya The Evil Youjo Senki
Tags
Academy Adopted Children Alternate World Assassins Based on an Anime Complex Family Relationships Magic Magical Technology Psychic Powers Spies
Table of Contents 5
Show
Reviews 1
Table of Contents
Write a Review
Reset Filters
Write a Review
You must be logged in to rate and post a review. Register an account to get started.

Four stars for now, too high for one chapter? Nah, simple bias why that is.  Because I adore Tanya as much as I adore Anya.  Both read their own mangas and watched their animes and enjoyed both. Nice touch and concepts on the characters, intrigued by the contrasting personalities (Tanya and Anya), would want to read (follow) further on this. Double the fun and DOUBLE THE TROUBLE, weehhehehehehhekudos author 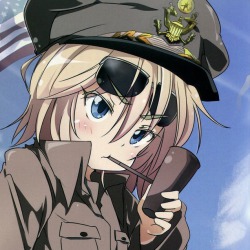 A Hero by the Name of Silk
By Lightblade23
I had a regular boring, lonely life. HAD as in past tense, I woke up in a box not really remembering anything until it happened a date, followed by a name and it all came to me. But that’s impossible! Captain America exists, Tony Stark is re

MARVEL: GAME MAKER SYSTEM
By NunuXD
Alex was an ordinary person with the dream of one day being transmigrated to a magical world. But what he didn’t expect is that he would be transmigrated to a world much more than that, a world he knew very well, but instead of being

The Marine
By UberNuber
Old, frail, and dying in his bed, William Bullock is pulled into an adventure beyond his wildest dreams. Follow along as a member of America’s ‘Silent Generation’ falls into a world he has no knowledge of and lays witness