Not everyone can be chosen, and not all can become heroes.

Our protagonist is ripped from his comfortable life on Earth into a world of fantasy and magic reminiscent of the roleplaying games he once enjoyed. Chosen by the Goddess of Justice Avaria, he draws the attention of an even more ancient and puissant power who seizes him for his own dark designs.

Alone and disorientated, he must quickly learn to survive in a cruel world where the rules and structures of his old life have shifted entirely. He will confront strange alien creatures, brave a terrifying hostile environment, and assimilate his own skills and abilities as he tries to get a grip on his newfound reality.

I am writing this story with my vision of a LitRPG where, dare I say it, everything is a little more realistic. Our protagonist starts at the lowest possible rung. Levels are gained slowly and with much sacrifice. He has no access to conveniences such as instant language learning, internal maps, or clear explanations for skills and abilities.

I want to explore human nature when pushed to the extremes in a place where justice is determined by one’s martial skill and strength in magic. What does such an environment reveal about the nature of heroes and villains? What is the value of human life when the central character is unclear whether the world he is in is truly real?

Grammar is good and it has an Interesting opening premise. I quite like the starting chapters, it's pretty fun and makes you ask what things could happen to the protagonist caught between two powerful forces. I want to see if the protagonist chooses to become evil or good. Too early to give a real review. I will revisit later as more chapters become and give an in-depth review. 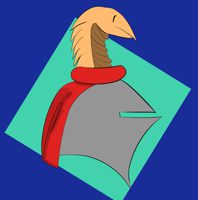 The grammar is good, and this has an interesting premise, but it feels quite aimless and the MC seems pretty passive so far.

The stats also seem inconsistent, a stat will increase in one chapter but it won't show in the stat screen in the next chapter.

Overall I think this has potential, and it clearly has some effort put behind it, but it hasn't reached it just yet.

Interesting writing style and good elements of isekai world building. It's nice to read stories that differ from the normal hero path. 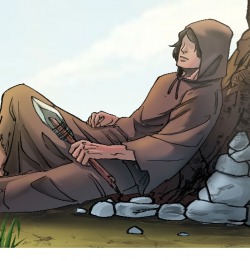