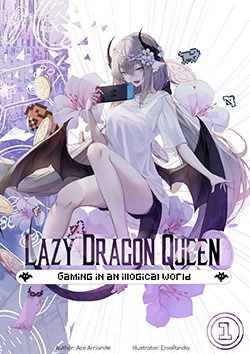 Other Tags: Tower Defense | Crafting | Anti-Cat Propaganda
Have you ever thought to yourself, “tfw no qt3.14 dragon girl gf to play vidya with?” Are you one of those lonely people who claim to prefer single-player games because you have nobody to play multiplayer games with? Do you wish that you could have a harem of cute, 10/10 waifus who just want to play video games, be lazy with you, and do cute romantic things?

Then congratulations! You don’t get any of those things, but Drake does. You do, however, get the opportunity to live vicariously through Drake as he goes to a lazy dragon’s (read: best girl’s) pocket universe that has been designed to be the perfect survival / tower defense / crafting hybrid game-turned-reality! Have I mentioned that there are cute dogs and bees involved? What about the bodybuilder cat enemies? Or the fact that I, the best informational status window and synopsis writer ever, Window, am in the story?

Oh, and you might want to keep in mind that the dragon in charge of the universe dislikes all things rational, logical, and other boring things like those.

And once you get tired of a few running gags, the story comes tumbling down like a house of cards.

The male protagonist, Drake, is an annoying asshat who gets himself into ever increasing amounts of trouble. He's frequently holding an idiot ball AND most of his banter with everyone is borderline abusive (especially regarding Window). It's all light teasing at first, but it becomes a weird pattern later on that can't be ignored.

Physical abuse is frequently played for laughs, which is a big issue for me personally.

There's another running gag about how you shouldn't offend a certain (different each time) group of people, but I feel the author ought to be more aware about how their story reads. It's not mentioning an opinion (e.g. Dogs better than cats) that causes issues. It's something akin to systemic actions that causes trouble.

It's not that physical abuse is played for a joke once; it is literally done over and over and over. All with the underlying tone of "don't worry, this is fine".

Drake also causes massive plot slowdown with his antics. Whenever the author has a wacky idea, it is written down without regard of whether it fits into the story. This is what causes the plot slowdown.

The result is that this story has some of the best meat on offer, but somehow the author drowned it in a sauce of mediocre physical abuse humor combined with poor pacing.

All of them are so cute it's almost painful. It's a story about a dude and a girl being super cute with their adorable pets in a world that just does whatever. It's 100% slice-of-life, but a really weird life. Generally, Drake is the straight man to the... well, everything else, but it doesn't take him long to learn how to make the nonsense work in his favor.

I've felt literal, physical pain in my cheeks from smiling at this.

If you're on the fence about trying this out, then take the dive and start reading.

This is a fluffy cute story without the onerous burden of complicated feelings and I have found it to be a breath of fresh air amongst the angst of the many novels I've seen. No dumbass MC (although he certainly is quirky), just some fun messing about with his qt3.14 dragon gf! 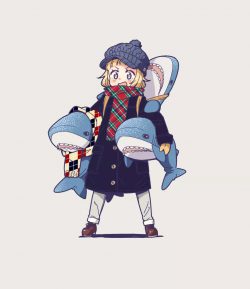 Ace always finds a way to make a slice of life masterpiece through any medium. This one is no different. Pretty good.

So for such a negative title why the four stars? Its simple really. The book is still good. This is a strange series, and quite illogical. This continues into the real world and my perception of it. I have a number of problems with this book and yet I still enjoy it. The dogs are cute, the mystery archer is a question I want answered and status windows are surprisingly compelling characters. However the start of this was a bit of a slog. I likely would have dropped this book early on if I hadn't read ace's other stuff. So I'll say this, If you hate the opening like I did, keep going until the bee's, or the 3rd round at least. You will know what I mean. 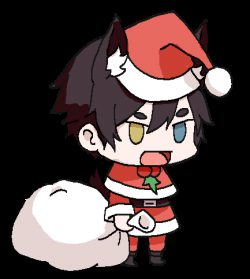 In Another World With 100 Waifus:
By Hector
“Then, there is one thing I’ve always wanted but could never have on Earth.” I mused aloud. “Would it be okay if I traveled to this new world with my favorite 100 waifus?” “Isn’t that 100 wishes,
Action Required