A king and queen went into a bar, along with their princess. There, they saw a savage commoner. Disgusted, the king challenged him to a duel. After a humiliating defeat, the commoner lent a hand. Be lesser leaders like me and my comrades, he smiled.

Through the years, they defeated monsters, walked rocky paths, ran across oceans, climbed mountains, flew to the sky, touched the cosmos, and killed one last monster. In the end, the savage commoner swayed their hearts.

–synopsis on an otherworldly tale

Now, here it is retold. In Parallaxis, six champions stood against a beast to eclipse all. But like every humble beginning, it began with one of them. Haruto: the archmage of Vetus, triumphed against its turmoil once more alongside his family of three. Reluctant at first, they set off to a new life given by their comrades.

Yet within a day, a fate of a lifetime had thrust upon them. The peerless champion of the capital, grinning like the devil. To think the other family of three merely waved at them in smiles. Had they known something even a mage hasn’t? Haruto couldn’t tell. But to lead his family safe, he drew his swords at the devil.

A portal/isekai fantasy that I wanted to deconstruct some elements within. Expect so many references and dialogue as I’ll purposely write it more like a light novel.

Note: Japanese names in my novel will come with kanji/hiragana characters within parentheses. The same goes for any other derived from non-Latin writing systems. It’s because none of the names I write will be accidental or random. They’ll all have meaning.

My novel’s been on Royal Road for six months now. But I should warn you I only revised chapters 1 to 10. *Please* don’t spoil it for anyone who solely reads here. Link: royalroad.com/fiction/50163/

Cover art by HWPerfidy. She’s a freelance artist and fellow author on RR, and I’d love anyone who shows her support. 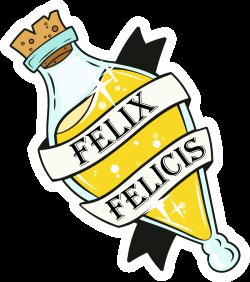 Who Are We, Really?
By Luna_renn
Alaska was a very out of place person in society. Though things were starting to get out of place even for her… weird happenings concerning electricity were happening all around her and on her way from her daily visit to her friend’s g

America Stranded in a Fantasy World
By Dr.AssDeer
Ah, the year 2040, the turn of the decade, and what a way to start it off with America, Russia, and China about to go into a three-way brawl over resources and territory… Well, it would have been three-ways if America didn’t suddenly g

Pissed Off Loli
By Western42
Maybe pissing off the loli with glowing red eyes isn’t such a good idea? Darren Harrison died, killed after saving kids from an abusive household. His reward? He gets to reincarnate into a fantasy world! Yay! ….Wait. What

Modern Army in Another World
By The_Absolute_Bastard
Brian L. Morrison, 21 years old, US Army. Been in for, what, 3 years now? Still just a Specialist, I’ve got desire to become a Sergeant or Corporal just yet. Anyways, while on mission one day, things went sideways. I was shot in the chest, b
Action Required