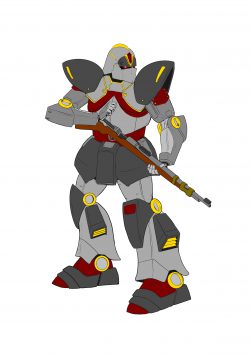 Morgan Redborn -who is renowned as "The Fiend Knight"- finally falls in battle. Dying with him is the Kingdom he swore allegiance to, and the loved ones he swore to protect. However, instead of facing damnation, Morgan is suddenly thrown back through time, into the body of his younger self many years before things started falling apart. After having lived a life of many regrets, The Fiend Knight now swears to use the skills and experiences he retained to do whatever he could to make things right.

Enter a world of magic, machinery, mecha, and royal politics, as The Fiend Knight becomes the hero he was never meant to be!

Cover lineart drawn by @PrimateNemesis on Twitter, colored by me.