Yukan Norio, a boy living in Konoha with the soul of an earth resident.

He was an unplanned element who interfered with the course of the original story.

But, what if he also created some unexpected things?

What if there are unexpected twists?

----------------------
The Mc's behavior in the first few chapters is like that of an idiot. It is because someone living in our world would not be experienced in fighting and killing. 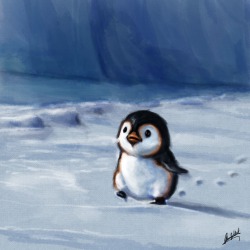 TLDR: Becomes better as time goes on. Characters feel real, and I’ve become engaged, although there is room for improvement regarding writing.

First, I want to say that I’m more picky with what I read than most scribblehub readers, and I read this, so you should probably give it a go.

I’ll mention the good parts first and then the bad parts later.

The author has a good understanding of the naruto world. Characters feel in line with their canon counterparts. Also, the author uses frequent time skips, which means the plot progresses quickly and we aren’t waiting forever like stories that have 100k words all before academy graduation. Albeit a little stilted, characters still have their own personalities, and don’t appear to all be copies of the author. Our MC’s system is a little interesting even if it doesnt take the mainstage very often.

Yukan may seem a little dry at first. However, he actually has been developed a lot as a character, growing from an isekai’d modern person to a war-weary experienced ninja who sighs at having to kill child soldiers but does it without remorse. He’s not guilty- he’s just tired.

His family situation has been given a lot of attention, and he has actual deep connections with other characters. This alone makes this novel better than most.

For things this novel could work on: mainly, the author could improve his writing technique. The first few chapters were written quite poorly, but not in the grammar sense (the author has surprisingly good grammar for a non-native speaker) - instead, they should flesh out scenes more, diving deeper into what is going on and what characters are feeling.

As an author myself, I totally understand the urge to keep moving forward, and how difficult it is to add more sentences to a scene sometimes. But it’s worth it, and will make the story shine.

Another minor nitpick is that sometimes there are places where a character should’ve spoken out according to his character. The author should always be thinking, “what would this character be thinking at this moment? Would they speak out?” For every character in a scene.

Lastly, Yukan grew OP, and writing OP characters takes special consideration: the author should explain what Yukan is doing in fight scenes that allows him to be so OP, not just “he swung his sword and killed the enemy”- doing this for opponents that should be strong is unsatisfying to read.

In the end, though, the author has shown a ton of improvement already and is better than a lot of scribblehub authors. If you’re a prospective reader, note that I rated this 5 stars, so you should read it :) 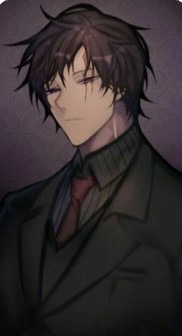 The Strongest System Is Broken
By ShadeWolf
Mc has been reincarnated with no cheat so to say and has to live as a useless man for 10 years but then he gets his so called cheat. The strongest system ever created will help him become the strongest but then something goes wrong with the system

The Shopkeeper of Konoha
By akaxkaxyap
Pushed into the dangerous world of the anime Naruto out of a random wish, the protagonist who didn’t have any training was forced to carve his way out in this godforsaken world. He could only follow the footsteps of previous owner and