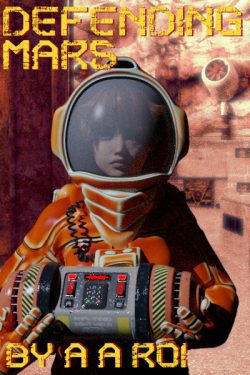 14 year old Tory Ciarelli did not want to get stuck on the planet Mars, but here she is, dragged 50 million miles from her home, Earth, by her parents to the new frontier. She has a plan to escape Mars, but might not be able to accomplish her goal on her own.

21 year old Gurminder Kalsi is a third generation bornehere Martian, a rig driver working for the planetary clans who were abandoned by Earth but managed to survive and prosper but are now at the mercy of the massive new colonization effort. He too is trapped on the red plane, but not by circumstance, but by biology. Born on Mars he can not leave to go to the world his grandparents came from.

New chapter every other day.

But together Tory and Gurminder might be able to find a way out of their traps. If they can work together. If they don't manage to make things worse...

Genre
AdventureMysteryPsychologicalSci-fi
Tags
Discrimination Female Protagonist Lack of Common Sense Male Protagonist Rebellion Sharp-tongued Characters Terrorists Transported into Another World
Show
Table of Contents
Write a Review
Reset Filters
X
Write a Review
You must be logged in to rate and post a review. Register an account to get started.