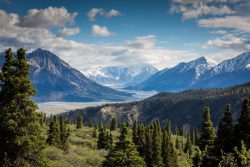 Victor Norman died. And then he was reincarnated into another world by a powerful entity and given awesome skills. So far so good. He thought that fun days of adventure awaited him like any other protagonist that found themselves in a similar situation. He thought that he would be unrivalled and free. He thought that his new life in a magical world would be easy. So why is it that things are turning out this way?

Hello, author here~. If you are willing to read this story, I'll warn that I am writing this story purely on a whim, with very little planning and purely for my enjoyment. I don't know how things will turn out but let's hope they will go well~. I will be giving my other story that will be rewritten and renamed later priority so there won't be consistent releases but I'll do my best not to drop it or put it on hiatus for too long.

It won't contain (a lot of): politics, romance (mm, likely not much), harem.

As for the warnings about gore, profanity, sexual content and traumatising content, I don't know what I will put in there so it's not necessarily true that they will be present.

I do not own the picture. If you have the rights for it, please contact me and I'll take it down

Salvos (A Monster Evolution LitRPG)
By MelasD
READ UP TO 20 CHAPTERS AHEAD ON MY PATREON AT https://www.patreon.com/MelasD Join my discord: https://discord.gg/BD93MBVVns Born in a world of violence, Salvos seeks to not only distinguish herself from the others, but to survive the

A Herald for Spirits
By TeaTimeSkeleton
While on Earth, the Church secretly battles over the planet’s destiny with multiple other factions; Gabriel was just delivering pizzas when he ended up in a battle among creatures that defied logic. Sure, he thought, who doesn’t
Action Required