The age of gods ended aeons ago with their departure from the mortal plane. After several millennia of conflict, the myriad races they left behind have finally settled into uneasy peace.

Although corporate towers have long since replaced holy temples, reminders of the bygone age of gods remain in megacities built on the ruins of fallen kingdoms.

When a new religious movement arises in the city of Dragon’s Rest, young vampire and overachieving graduate student Valen Vasilis investigates it for his dissertation only to get far more than he bargained for.

Armed with a useless degree and a few lessons from the school of hard knocks, Valen must navigate a world of ancient conspiracies, violent fanatics, and greedy corporations where the slightest mistake could get him killed or worse.

Although the young vampire knows he is in over his head, he must fight to save the city that ostracised him, the only home he’s ever known. 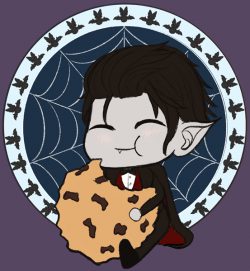 Omniarch
By AkioHisashi
Alfred, the world’s greatest scientist and innovator, was backstabbed and fell to his untimely demise. He was on top of the world before his death, everything was at his fingertips. His reckless spending could have changed entire economies a

Void Rifters – A sci-fi/fantasy mash-up
By NobleTalon
Waking up in an unknown place with thousands of other humans, the specimen B213-84 does not know how he ended up here, nor does he remember his previous life. After being abducted by a superior race called the Scyllas to fight for them as a battle

Grasping
By EthanPeh
A former general doctor dies in an accident and meets a R.O.B. who tells him that he will be transmigrated into another world and would grant him one wish as long as it amuses him. The doctor seized the opportunity and tells the being that he want

Kismet’s Tale
By karsev
Status: Completed 「 After seven years away from home, Mavin Tomas, after a long fight in the trenches and battlefields had finally left his service. Sending a soldier home back to his beloved to confirm something. Mavin was relieved to fi

The Monster App [Version 2]
By Jaydev
“Humans! Your world will end on the first day of the new year. If you wish to survive the apocalypse, receive my egg, fertilize, hatch, and evolve the creature within. Unimaginable horrors await those who fail at this simple task. Know that
Action Required