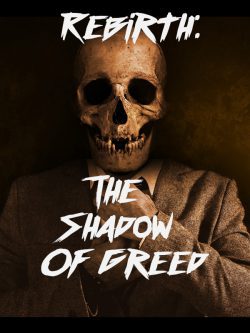 “I’ve seen countless bodies before, I’ve committed countless atrocities, murders and assassinations, I’ve experienced the deaths of many of my friends and my own family, but this, this might just be the worst I’ve ever felt. I feel miserable” - Z

Z was trained to be an assassin, lethal and brutal, a Shadow sent to kill the toughest of foes. Just as he found salvation, he was finally trapped, surrounded and finally killed, not just by himself, but with his lover at his side.

In a world with superpowers known as manifests, your worth in the world is based on the abilities you wield and the power you control. Where mutations have affected the beasts of this world and demons exists to destroy humanity.

What will Z do when he is reincarnated into his past self. Will he seek the path of vengeance, once more killing his way to supremacy? Or seek to discover his lost humanity?

Strongest Assassin
By Kim02
Legendary assassin John Wick (Keanu Reeves) retired from his violent career after marrying the love of his life. In this world, John’s wife never died. Instead, they had a son named after John’s friend, Winston and taught all hi

All I wanted was to live my life Peacefully, How the heck did it end up like this!? (Completed)
By taesijr123
Estel originally the demon-kings daughter. Were sent away far from her home by a mad-sorcerer. During those hours she recalled her past-life. But despite all that she seemed to have found herself in the middle of the forest.

Tethralin (LitRPG)
By zeryn
In a world many years ahead of ours, a technology which moves a person’s soul is introduced. Then, using their technology, Xyvarc Corporation creates a game called ‘Tethralin’, moving players’ souls into this game. Z
Action Required