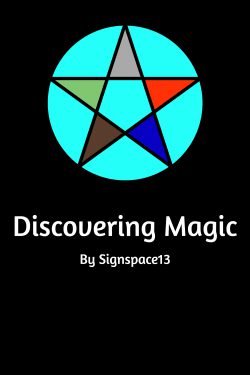 “Venture into your mind and into a new world, one where there is Magic. Magic that is nascent and unexplained, one where you can be the one to Discover it, by delving dark dungeons or examining magical Beasts, by studying ancient scrolls or by finding lost gods, your Imagination is the only limit.” This is what Mike thought he was getting into when he lay down to play a new VR game, but fate had another thing in store for him, he was whisked away to a new world in another Dimension, with an AI fused to his body that refuses to let him treat this world as a game, all the while trying to make it as much like a game as it can. The only Objective he is given is to Discover Magic as he learns to survive and live in this new world, doing the best he can to not die, or even worse.

This is my story, it has been brewing in my mind in various forms for years. It will be rough, this is the first story I have written in a long time, so please help me make it as great as it can be!

It is a High Fantasy adventure/Isekai LitRpg, it will have action and adventure, levels and dungeons, Elves, Dwarves and Gods.

It is not a Virtual Reality story, though it will touch on some topics of artificial intelligence.

The core focus of the story is going to be the discovery and deep delve in the magic system and fantastical elements of the world. Mana is used so often in LitRPG's but how often is it explained what mana is, magic is used in fantasy, but how often do you understand what it feels like. Magical races like Elves, Dwarves etc. often exist in stories, but why do they exist? and what truly makes them different from humans? What is a God and where did they come from?

These are the sort of topics that I want to really dive into in this series, all through the lens of a progression focused LitRPG.

I'd say that this is one of the top stories I've read. When it comes to fantasy, there's nothing I can get behind more than a fleshed out magic system with understandable rules, with a story that revolves around exploring the limits of what magic can do, and why. At this point I can't wait to see how Mike goes about fulfilling his classes characteristics, and showing us exactly how the world works. 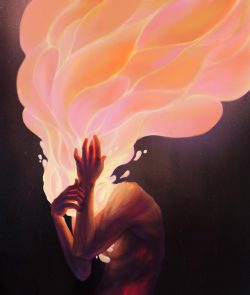 Fantasia
By unice5656
Arwyn has just bought Fantasia, the first fantasy-based VRMMORPG, with 99% realism that you can play while you sleep. In the game, she becomes Fey, a moon elf starting in the magical Elvenwood. Join her (and her snarky narrator who likes to interj

The Novel’s Redemption
By SleepingFox
So… right about now your probably wondering… who am I? Tobias Amadeus Junior! High-School Student, genius (self-proclaimed), and amateur novelist at your service… I won’t bore you though with irrelevant details of my previous life. What is
Action Required