Theo, a Dominant Alpha, was minding his own business killing zombies and clearing out buildings when he ran into a Dominant Omega, Luca who was in heat on a rooftop in the middle of the city. Luca, a dangerous omega, had been trying to lure unsuspecting alphas in order to kill them when Theo showed up. And Hunter, by pure chance, ended up being a poor soul caught up in their story along the way.

Or the one where it's a omegaverse zombie apocalypse, and really I just wanted an excuse to write zombies and sin. BL. Short Story. 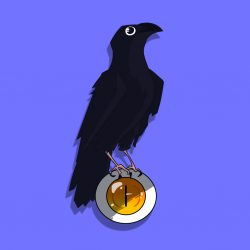