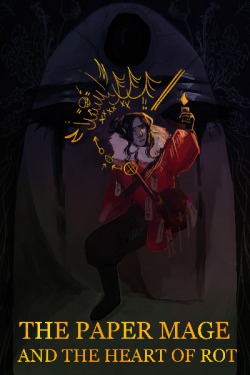 A scientist in a dystopic ice world tries to find the cure to a lethal disease.

Daios is an alchemist, a paper mage. He is part of a scientist team at the end of its wits in dealing with a mysterious plague - the corpse fever. Proznia, a world of eternal darkness and ice, is being threatened by this plague, as no one seems to be able to cure it, and those affected die within a few weeks. In desperation, Daios attempts to cure it in a much less scientific way - by contacting something locked away long ago.