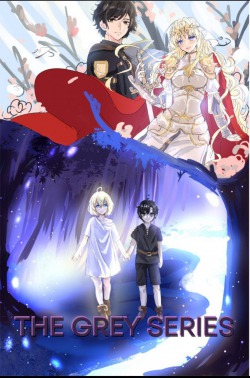 The god is real, but no one has seen it before. But, Ruth believed in the presence of Thin-Ra, their god, because his mother believed in it.

He wasn’t a religious kid, but he enjoyed following the life of his mother. He enjoyed what she enjoyed and loved what she loved.

He stayed at home most of the time because she told him that their village wasn’t a safe place, and the monster witch in the forest was a bad monster who ate humans. She had told him that he was a special boy, someone who will one day become a one-of-a-kind magician.

Ruth enjoyed his life with his mother, even though he spent it in a small house on the edge of a poor village.

But one day, his happy life crumbles when his mother disappears leaving only a letter that told him not to follow her until he is capable enough.

And two years later, at the age of 10, Ruth believes he is capable enough to search for his mother. And for the first time in so long, he goes out, to see the village.

But the outside world was just like what his mother had said, a scary place. The witch in the forest ate children and lured them with the scent of candy. And he has to kill the witch to leave the forest in order to look for his mother. That was what he wanted, to look after his mother, and to live a happy and peaceful life with her.

But it seems like the heavens want something else. Because when Ruth walked into the forest, a dream-like feeling overwhelmed his body and mind, and the sky talked to him.

“Ruth, Thin-Ra is dead. Our god is dead. And the dragon took over the world ignoring the god’s will. Ruth, I choose you, to kill the Dragon and fulfill the will of Thin-Ra.”

The quest is hard, Ruth knew the dragon was the most powerful existence, one above all else, and he was only ten and weak…

He was a child who only longed for his mother.

Ruth decides to ignore the order of the heavens and continue on his path, but will he be able to do that forever?