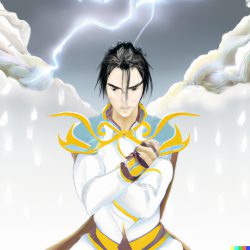 A young man is transported to a XianXia world by a Shady entity who wants to use him to do his bidding. But fret not, our protagonist also gets benifits if he does complete the tasks.

Let's see how our Young Master conquers scions (protagonists). Will he kill them? Loot them? Make them fall in love with him or will he become their Master and get free benifits by their achievements?

What will the novel have?
1. Our Young Master's take on typical protagonist events.
2. A large Harem that'll devlop slowly.
3. Overpowered Young Master that is very real.
4. Character with at least some level of depth.
5. Some hot elements, they'll mostly be there when they should be. It'll not be like, every chapter is smut. But there'll definitely be some here and there.
6. Lot's of LitRPG elements, large texts filled with system stuff.