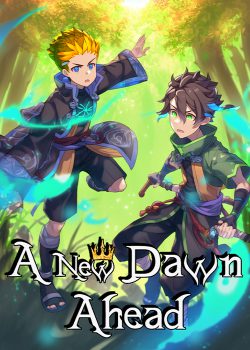 tl;dr Loki and Thor, but they are a Demon Lord and an Immortal Cultivator with a System similar to Beneath the Dragoneye Moons, and they are also young, starting like Beginning After the End

In a Kingdom starved for resources, the Royal Family has put everything they could into rearing an heir capable of taking down the necromantic threat. However, it seems that [Skills] and [Classes] worked so well that twins came out... Now, this would be your average transmigrator story if it wasn't that the only normal transmigrator is a (not so smart and cultured) servant of one of the twins. And the twins are an Immortal Cultivator who reached the apex of the Universe and the most powerful Demon Lord to ever live inside a System, who slaughtered Humanity to the last man (and the rest of the Universe) but who also got an unhealthy addiction to TV shows.

A story of struggling transmigrators who learn to cope with each other and with Human feelings. Full of comedy and epic battles.