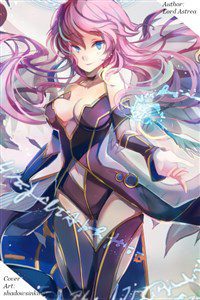 This is the story of two worlds. One is known as 'real' and the other as 'virtual.' But let the question be explored: What is reality to you?

In a future of corporate rule, virtual technology and physical-derived coding have become the norm. With technology advancing at an alarming rate, the CEO of one such corporation, Shinji Takamura, discovers a code derived from the world itself. He dubs it: The Universal Code. After implementation, Takamura accesses a world that feels as real as his own.

Following his death, the three largest tech companies unite to finish the ultimate virtual reality game: Puzzle and Dragons World. The closed LAN Beta Test is ready to admit the best Players of the original Puzzle and Dragons.

Ray Andylon is one of these few chosen to test the new virtual game. But Ray and the other Players soon find themselves questioning the world's reality. War looms as the malicious agendas of enemy Players and monsters are revealed. And in the real world, conspiracies unfold that could threaten both worlds.

Note: This story is not a typical fanfiction. It is mainly an authentic work. This story only uses some monster names/appearances, names of locations and the orb-matching strategy combat system from the app game "Puzzle and Dragons" on android/ios developed by Gungho. The rest is original, which means prior knowledge for readers is not required. The app game has no plot, and this story has no relation whatsoever to the anime aired starting in 2016. The original goal was to create a story using these monsters, giving them personalities and purposes beyond just images and stats.